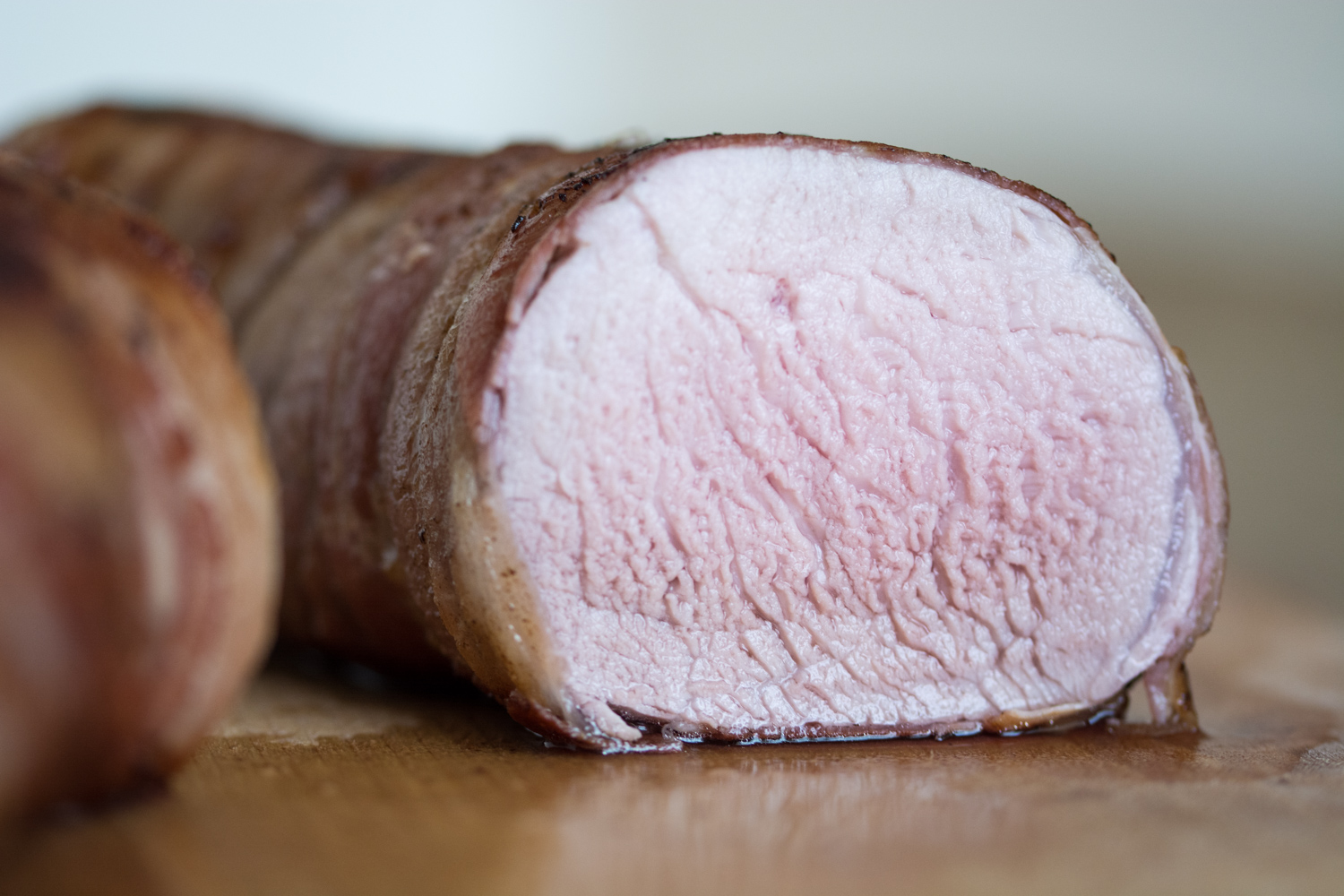 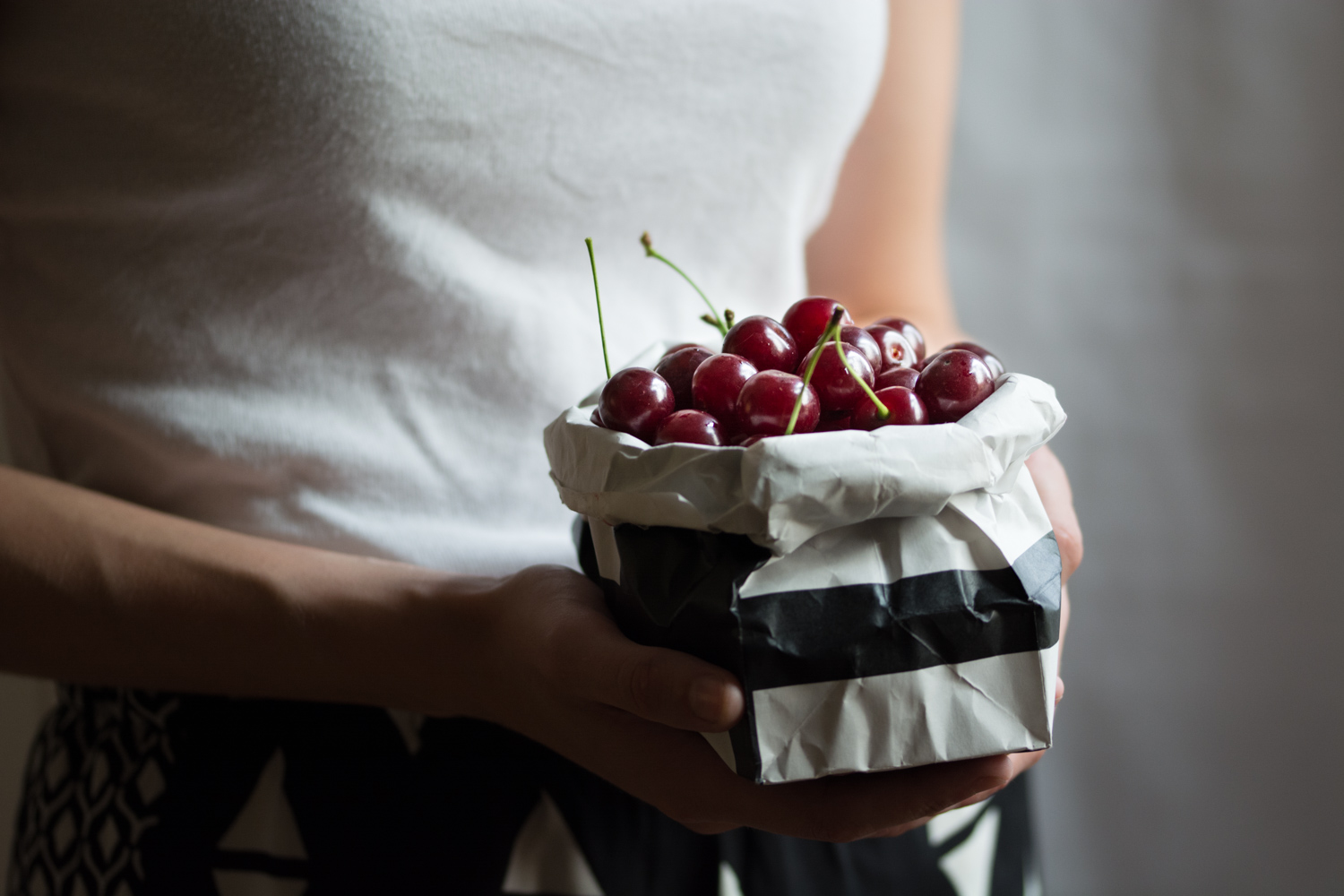 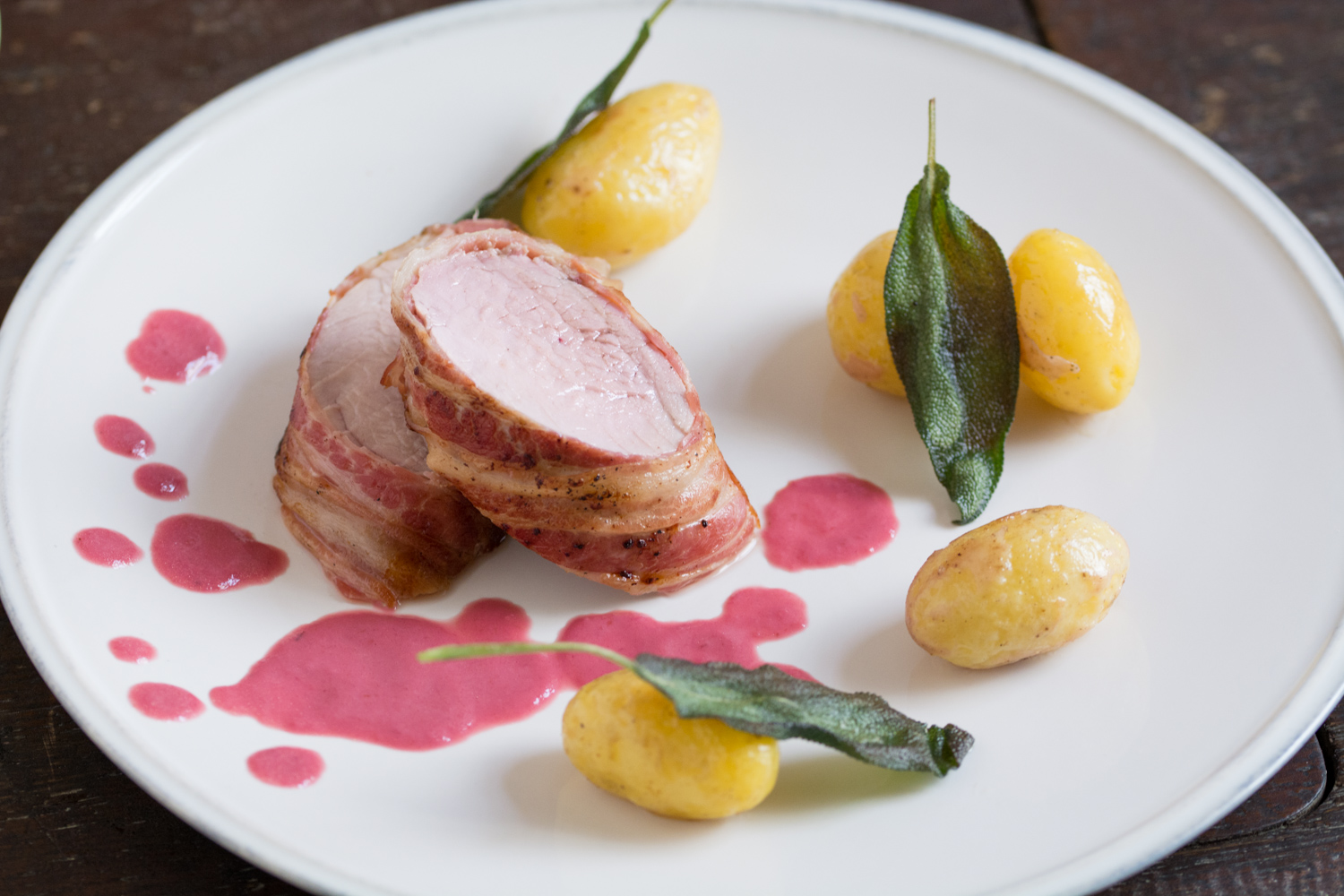 Whenever I want to roast pork, I seem to choose tenderloin more and more often, and the reasons are multiple: it cooks fast, it’s tender, it’s delicious, it’s moist and it’s inexpensive. While pork shoulder is sometimes quite fat and the pork loin quite dry, the tenderloin has just the right amount of fat. It’s so easy to work with tenderloin because it remains moist and juicy long after it’s sliced, not to mention that regarding the side dish, tenderloin literally goes with everything.

Don’t get me wrong, even without being marinated, tenderloin is juicy and flavorful, but today I chose to run the extra mile and I brined it in pomegranate tea and sea salt. It became even more tender and the fruity flavor was spot-on. After the marinating process, I coated the tenderloin with creamy roasted garlic and I wrapped it in thin bacon slices.

It’s not a big culinary secret that pork goes heavenly with all sorts of fruit, so I dressed up this marvelous steak with a sweet and tangy sour cherry sauce. To keep it simple, this morning I’ve picked some lovely new potatoes, I’ve boiled them in broth and I sauteed them in sage-flavored butter. The whole business took less than an hour, including the time spent waiting for the garlic to roast / drinking a coffee / taking more than a dozen trips to my vegetable garden as I have the memory of a 90 year old and I always forget half of my ingredients. 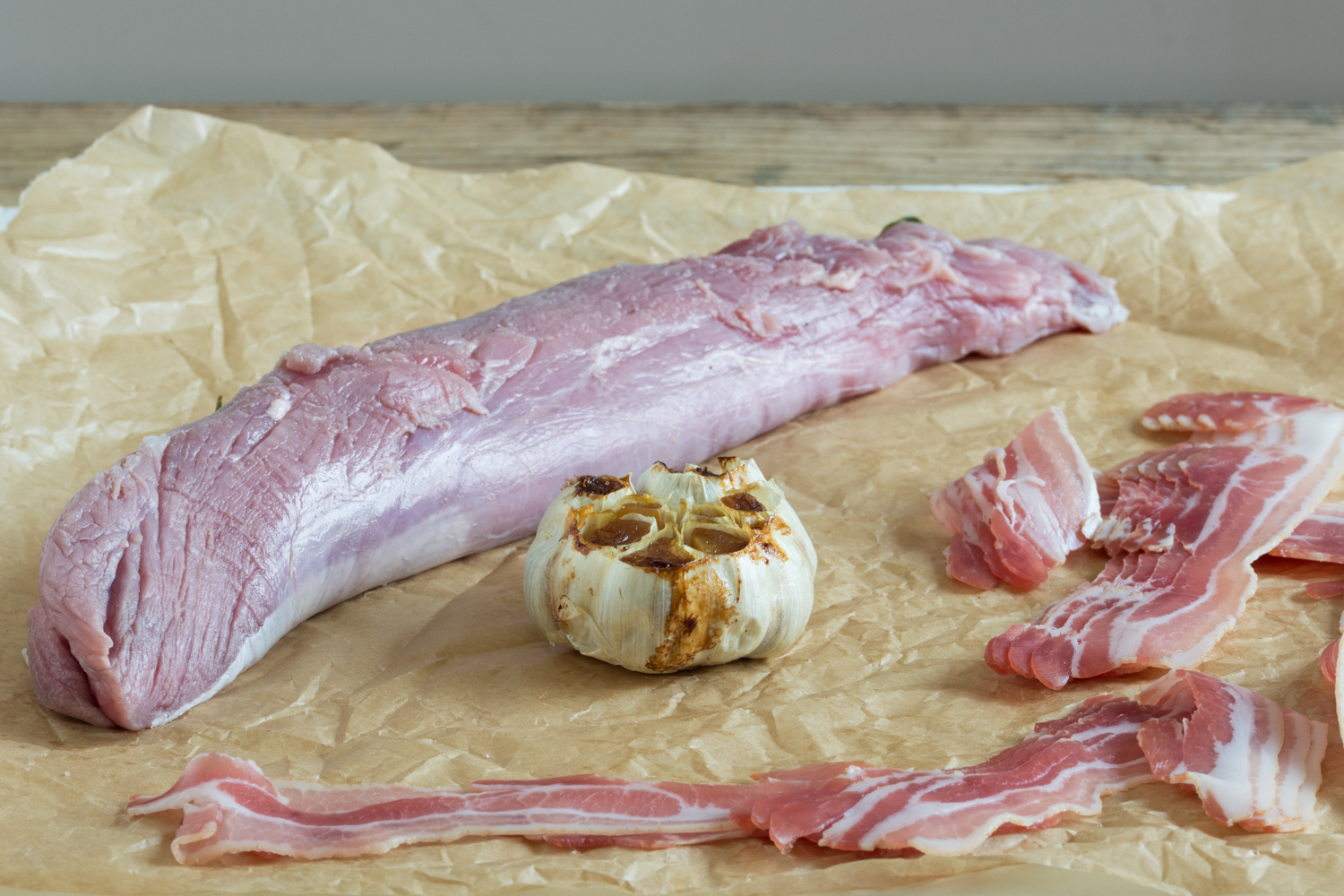 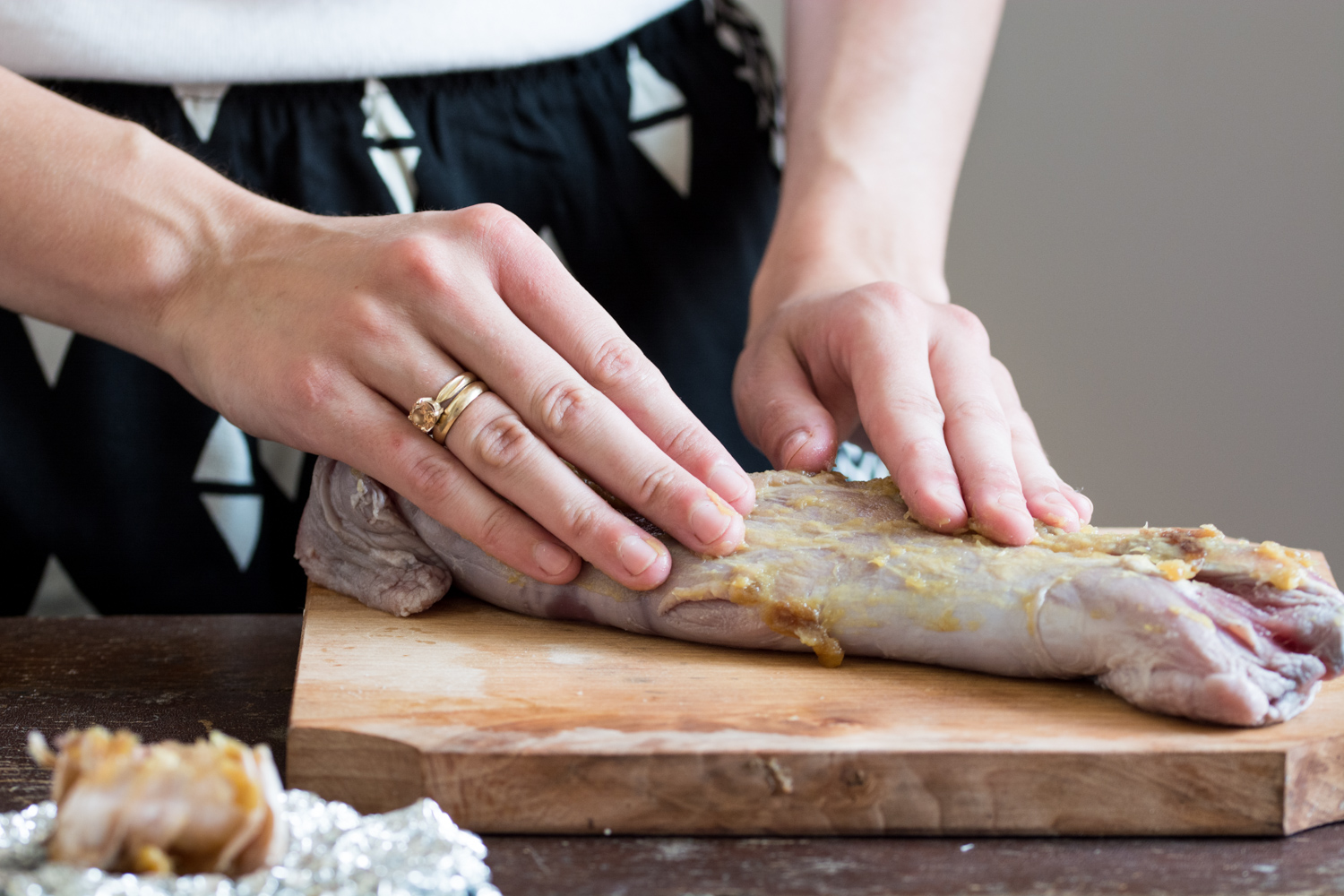 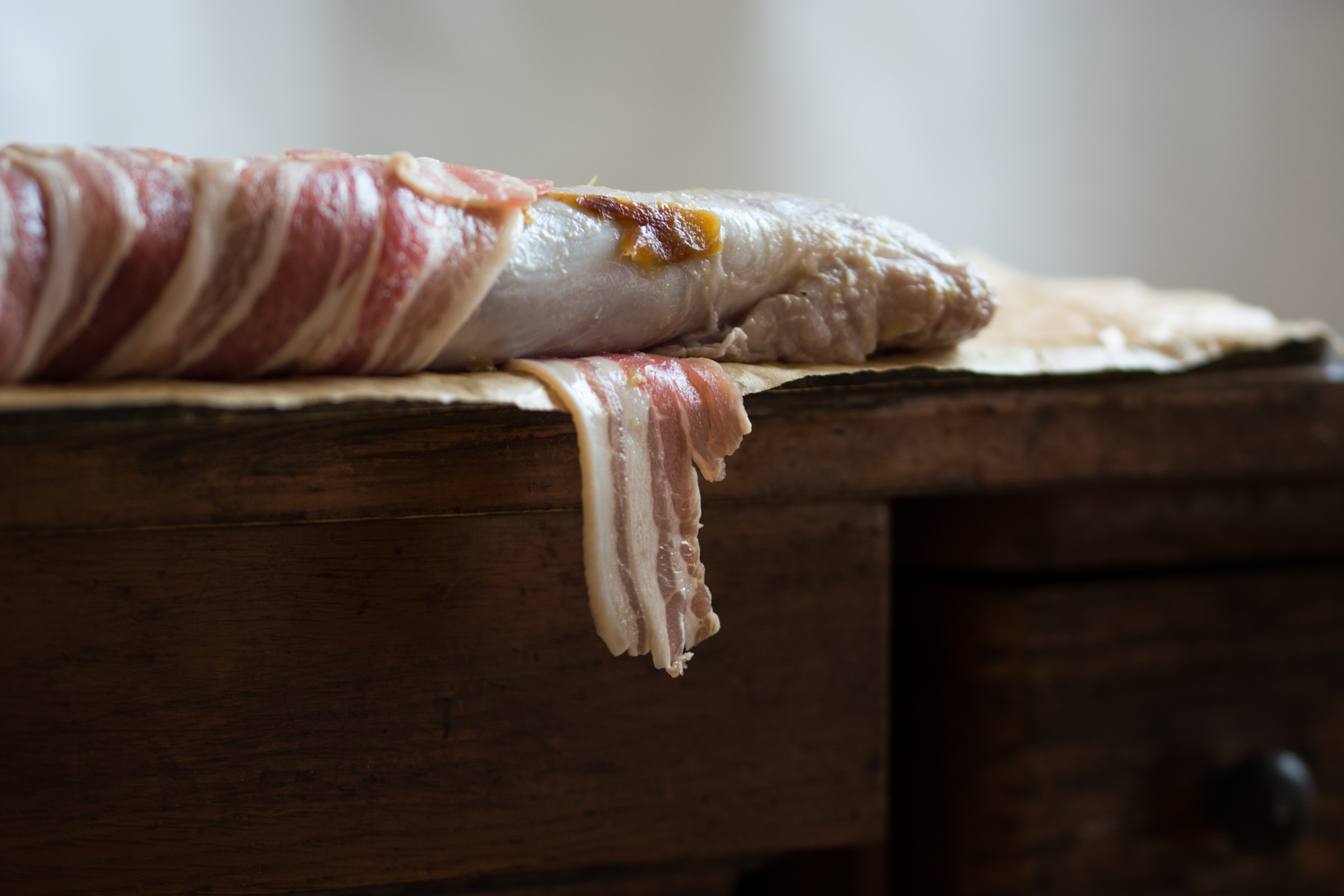 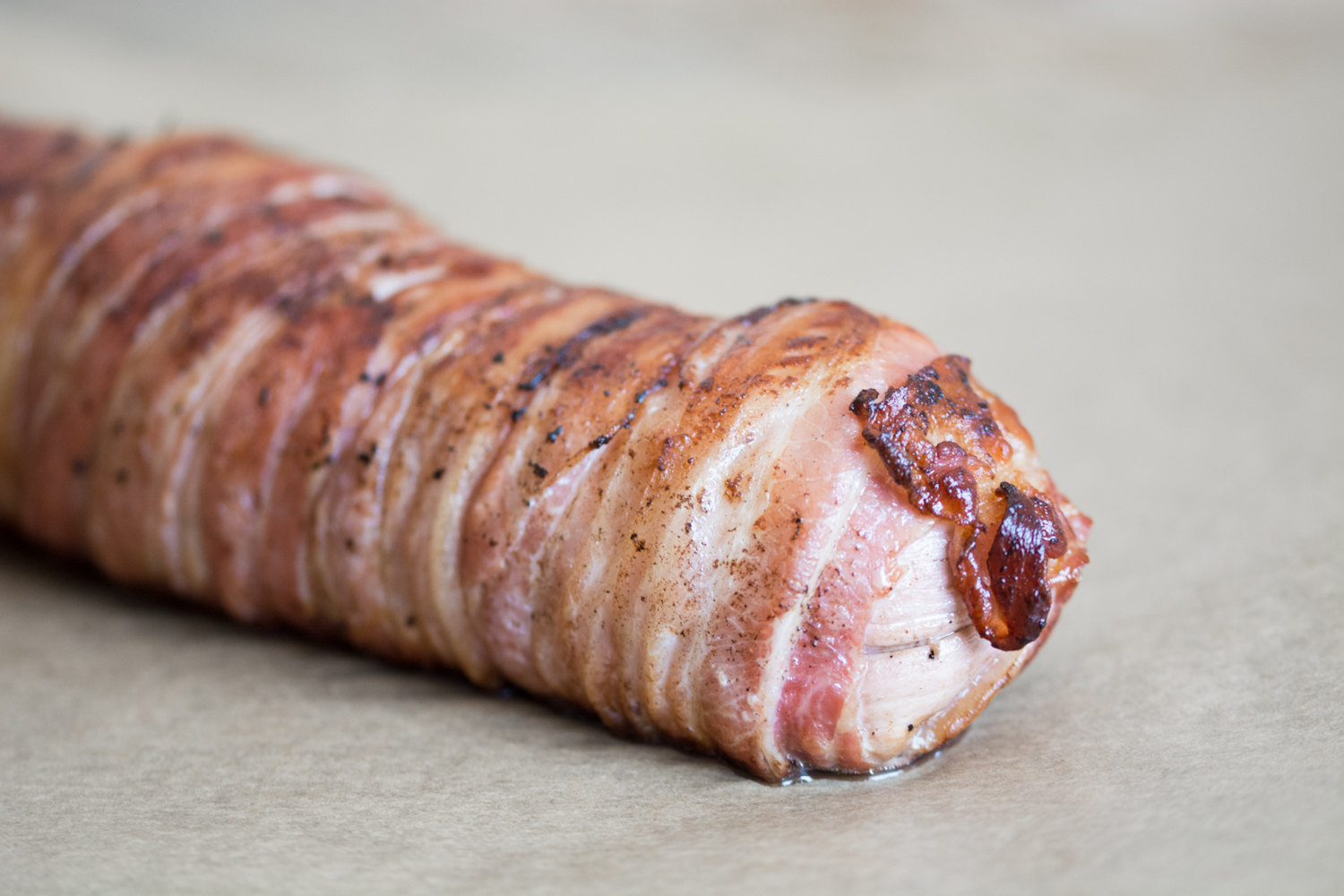 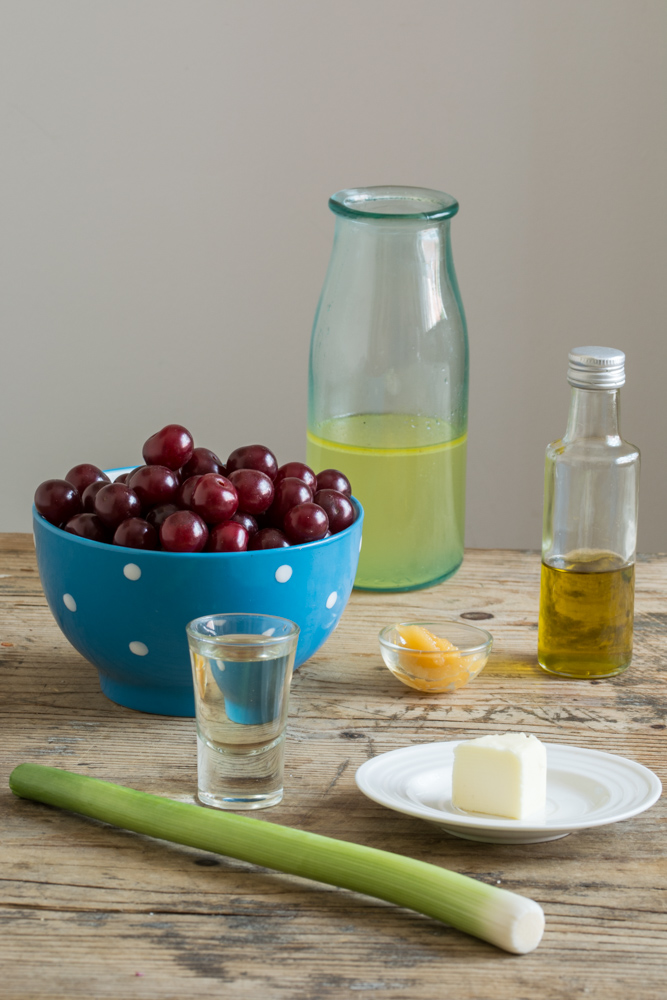 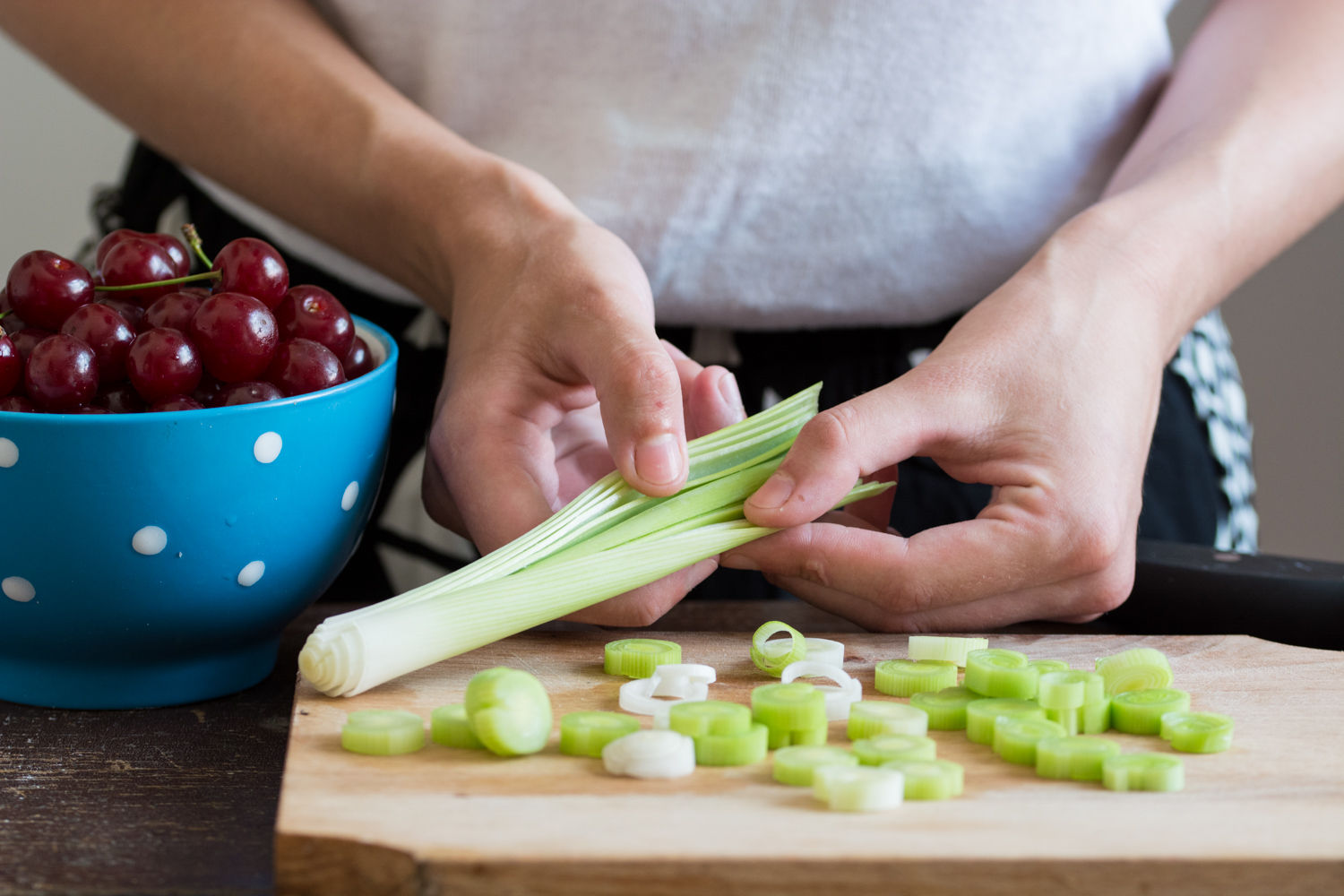 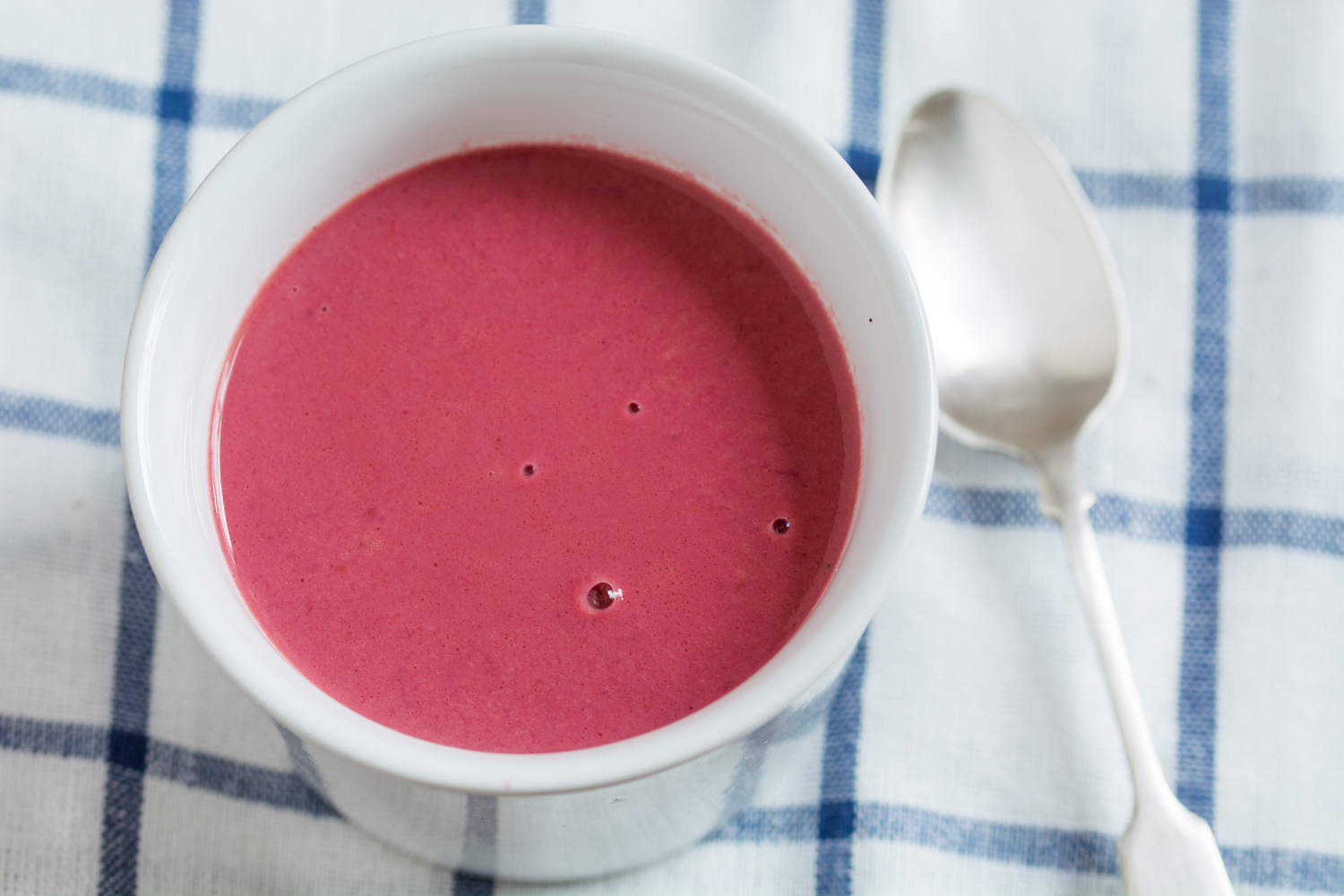 Presentation: With a sharp knife carefully cut the tenderloin in 2 cm thick slices and place them on a plate. Add the sour cherry sauce and new potatoes (boiled in broth and then sauteed in sage-flavored butter for 2 minutes). 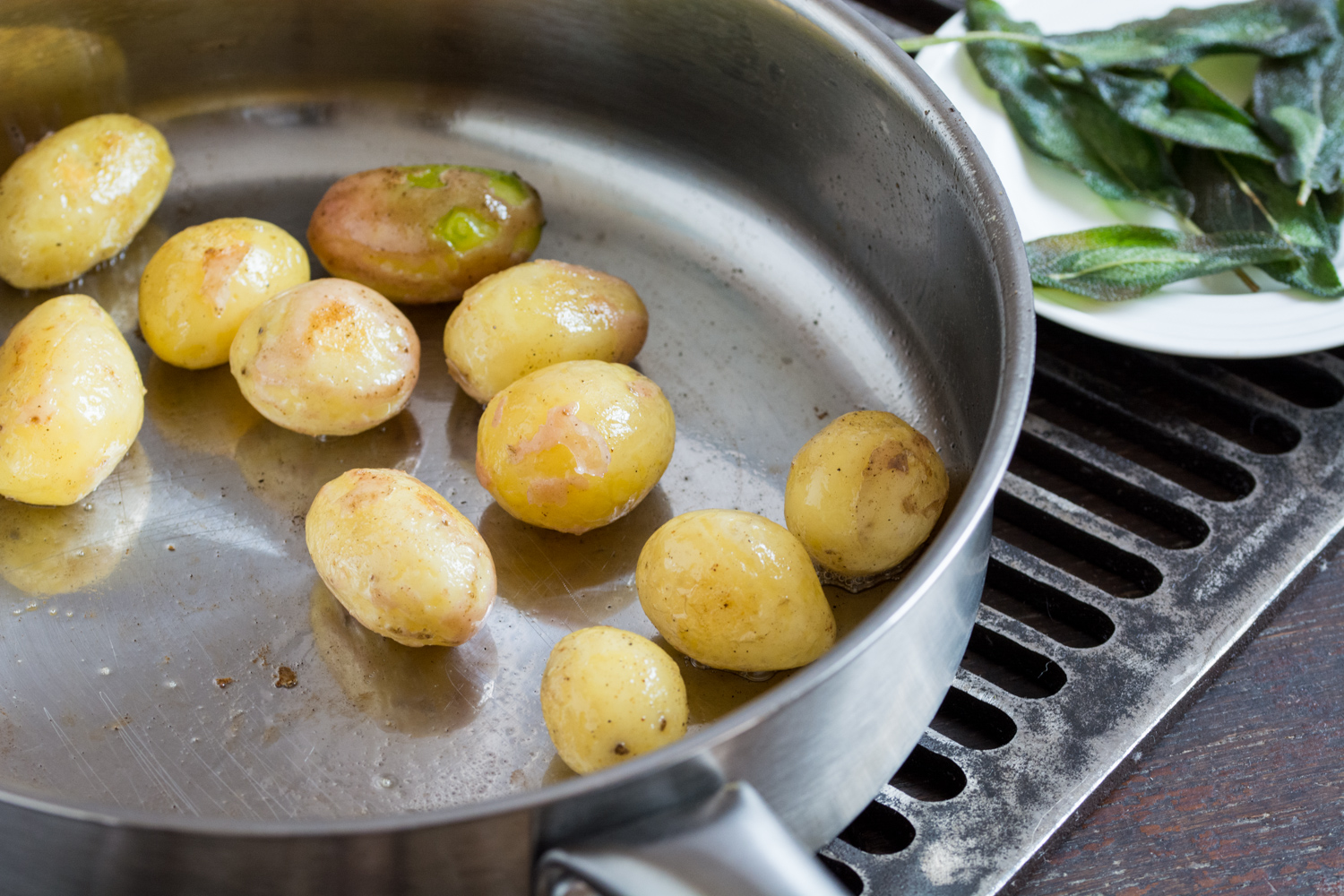 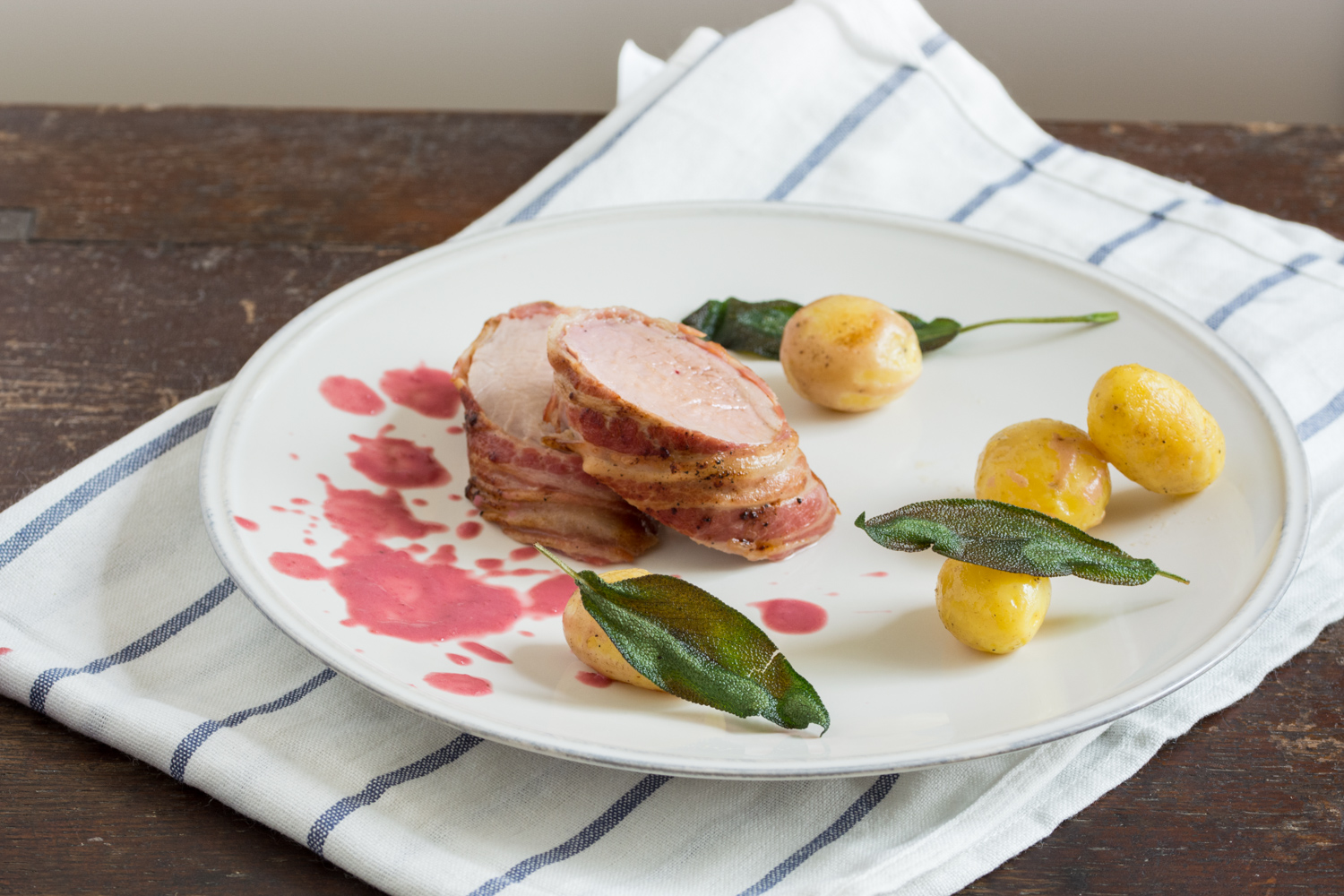 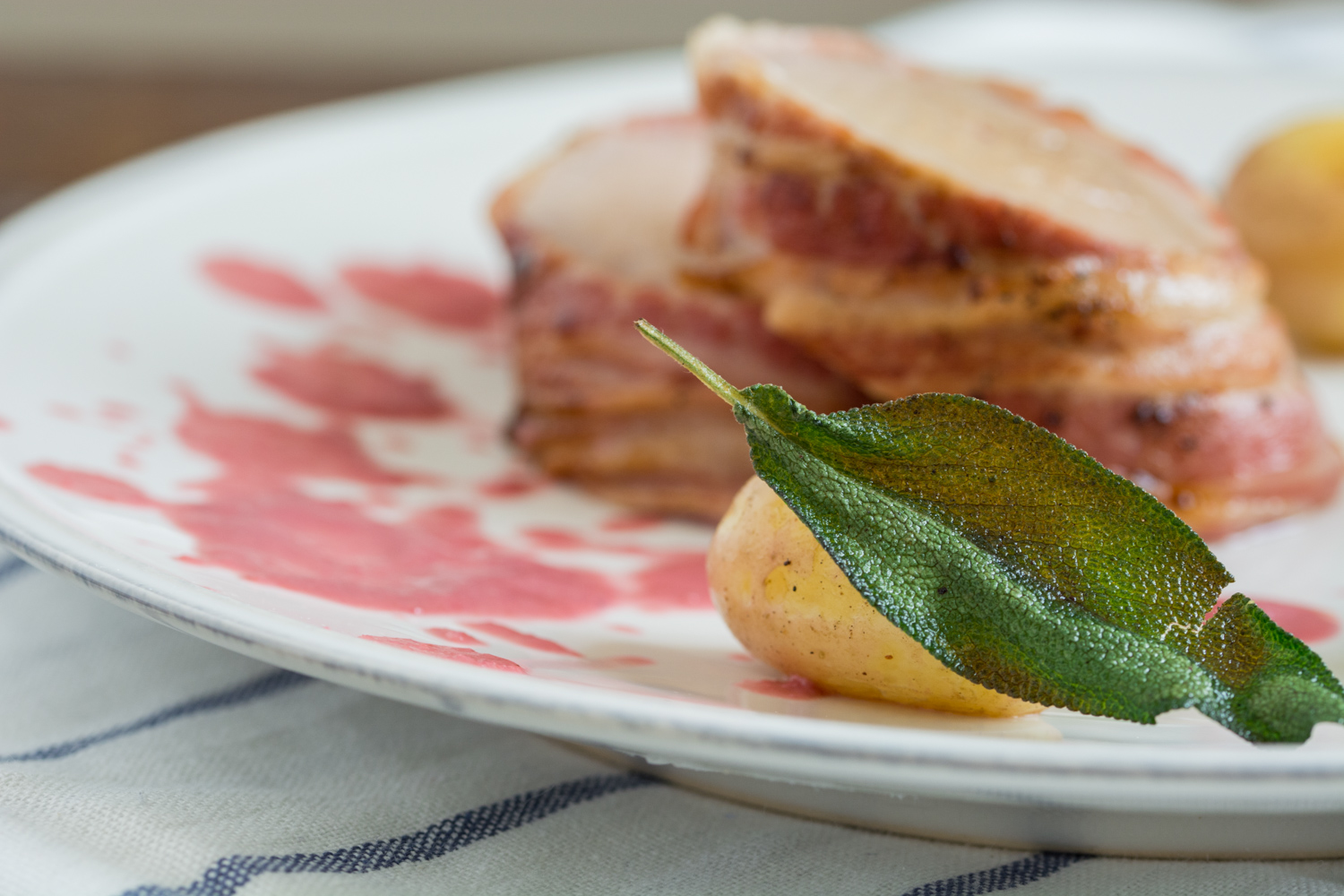