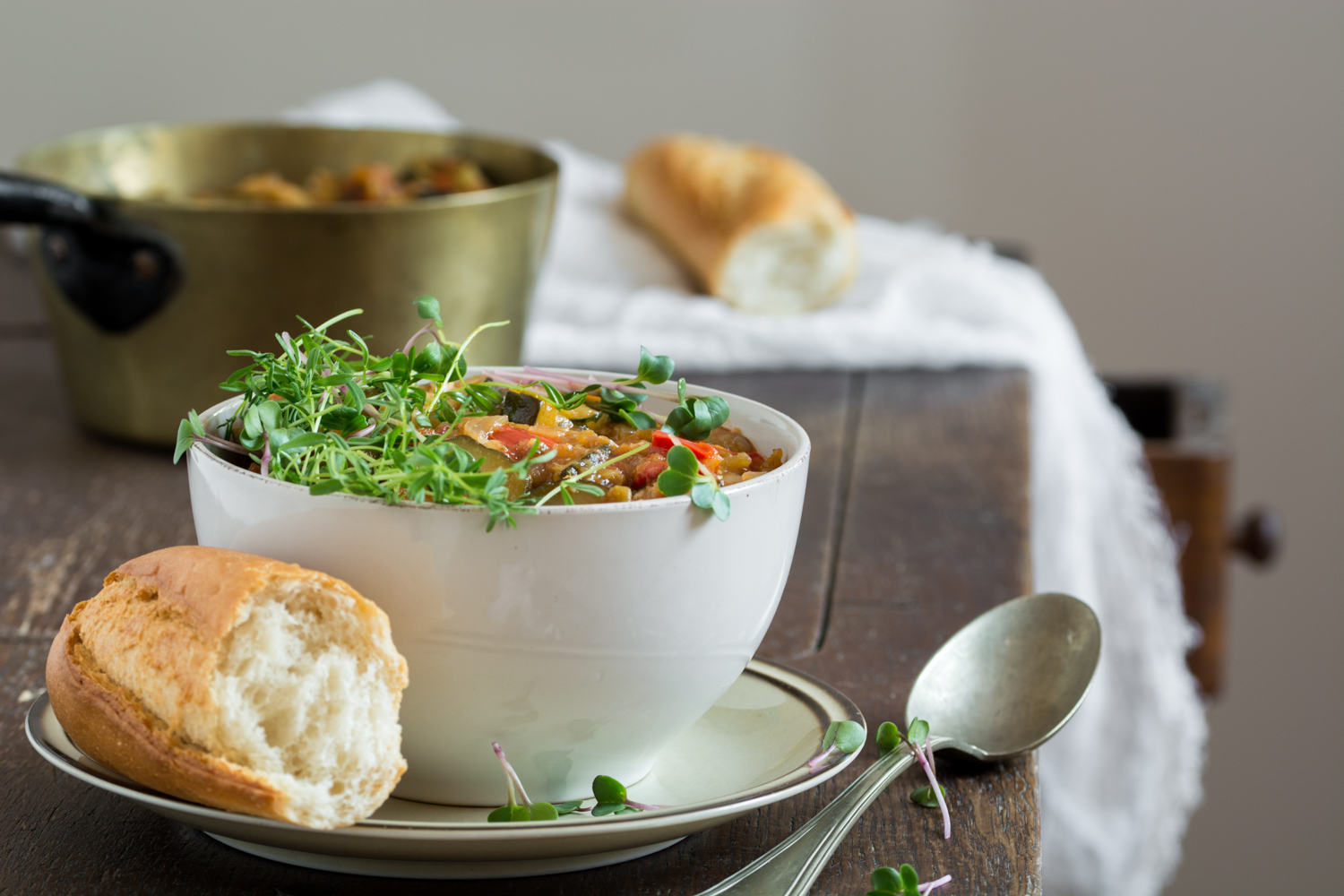 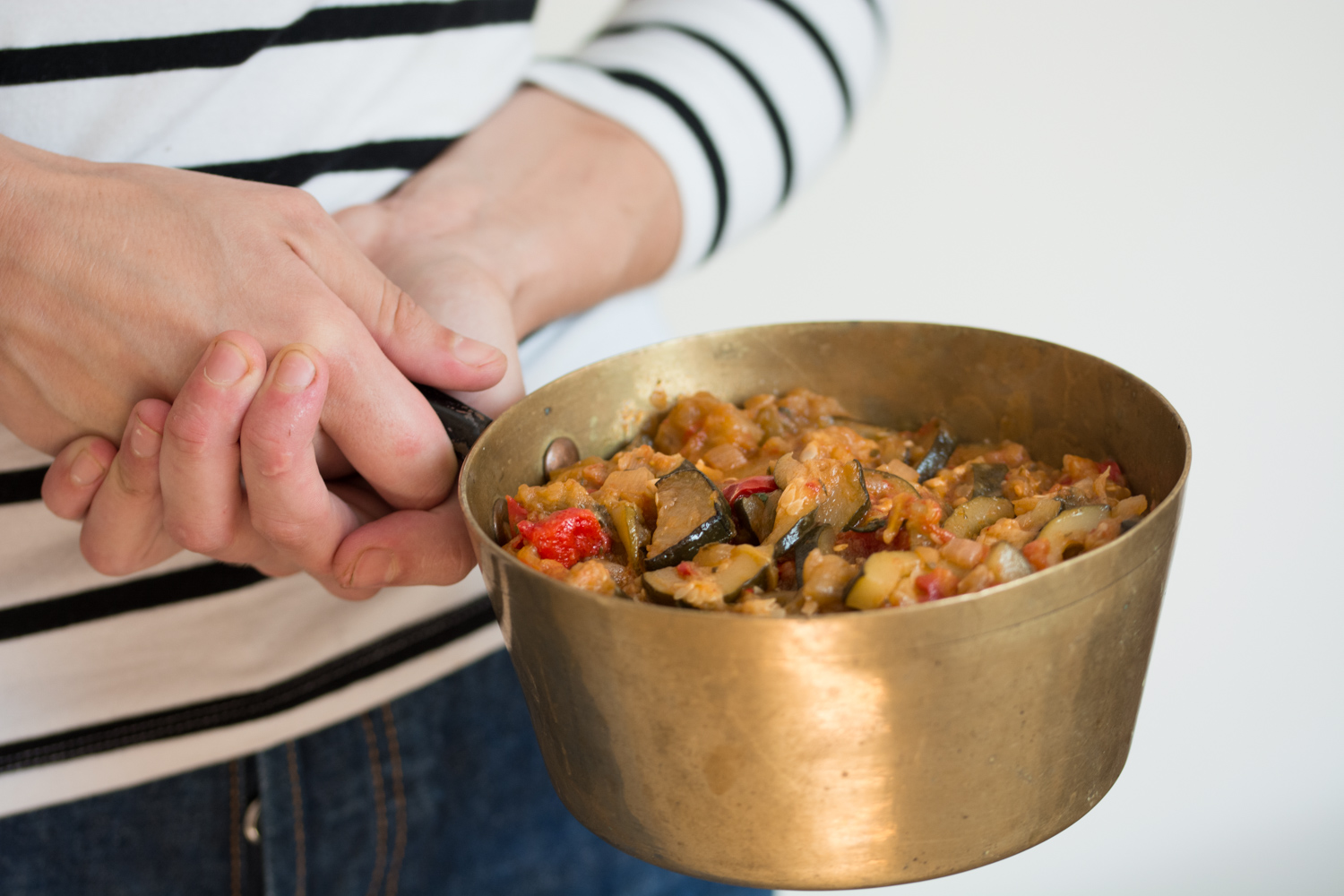 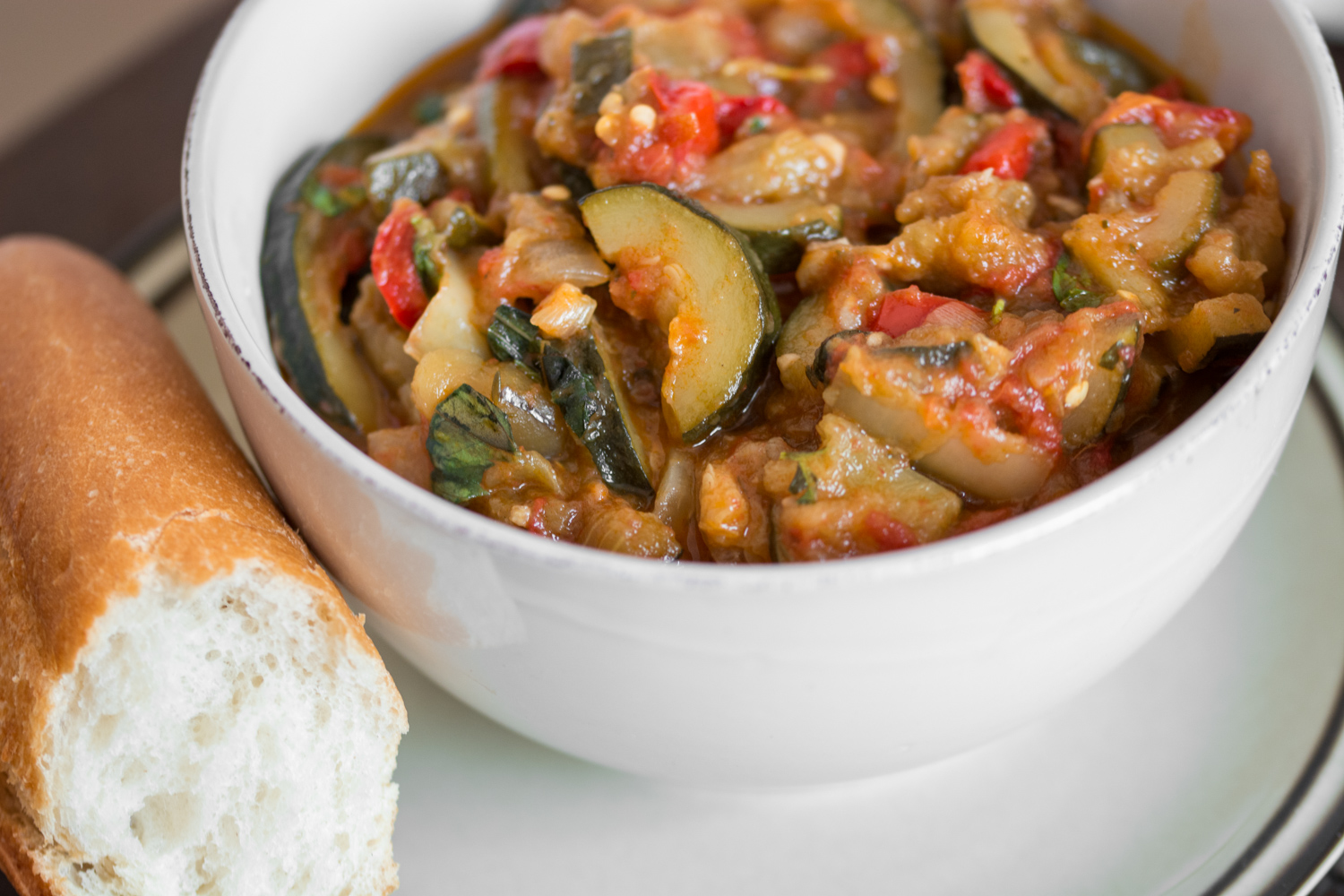 I remember watching Ratatouille (the movie, not the dish) when I was a senior in high school and I instantly knew that this veggie stew would become my favorite dish. I was wrong, but only by a few years. The very next day I did the groceries and I made my first Ratatouille, a blend, boring, half-decent stew. So I forgot about Ratatouille and its humble existence. But last year I decided it was about time to rewatch that delightful movie and the dish simply enchanted me. Again. So I did some research, I made the dish and I simply felt in love. Ratatouille is a rustic, almost an austere dish, that kind of dish that makes you fall in love with it over and over again.

There are so many recipes for Ratatouille, you can saute it, you can bake it, you can serve the veggies firm, almost raw or you can simmer them slowly, until tender and incredibly flavorful. My favorite version is so simple but it’s quite time-consuming. After you chop the veggies, you saute them in olive oil, one veggie at a time, until you caramelize them nicely and this creates an amazing depth of flavor. Of course you can saute them all together in a large pot, but the result would be a nice stew, and not a decadent Ratatouille! 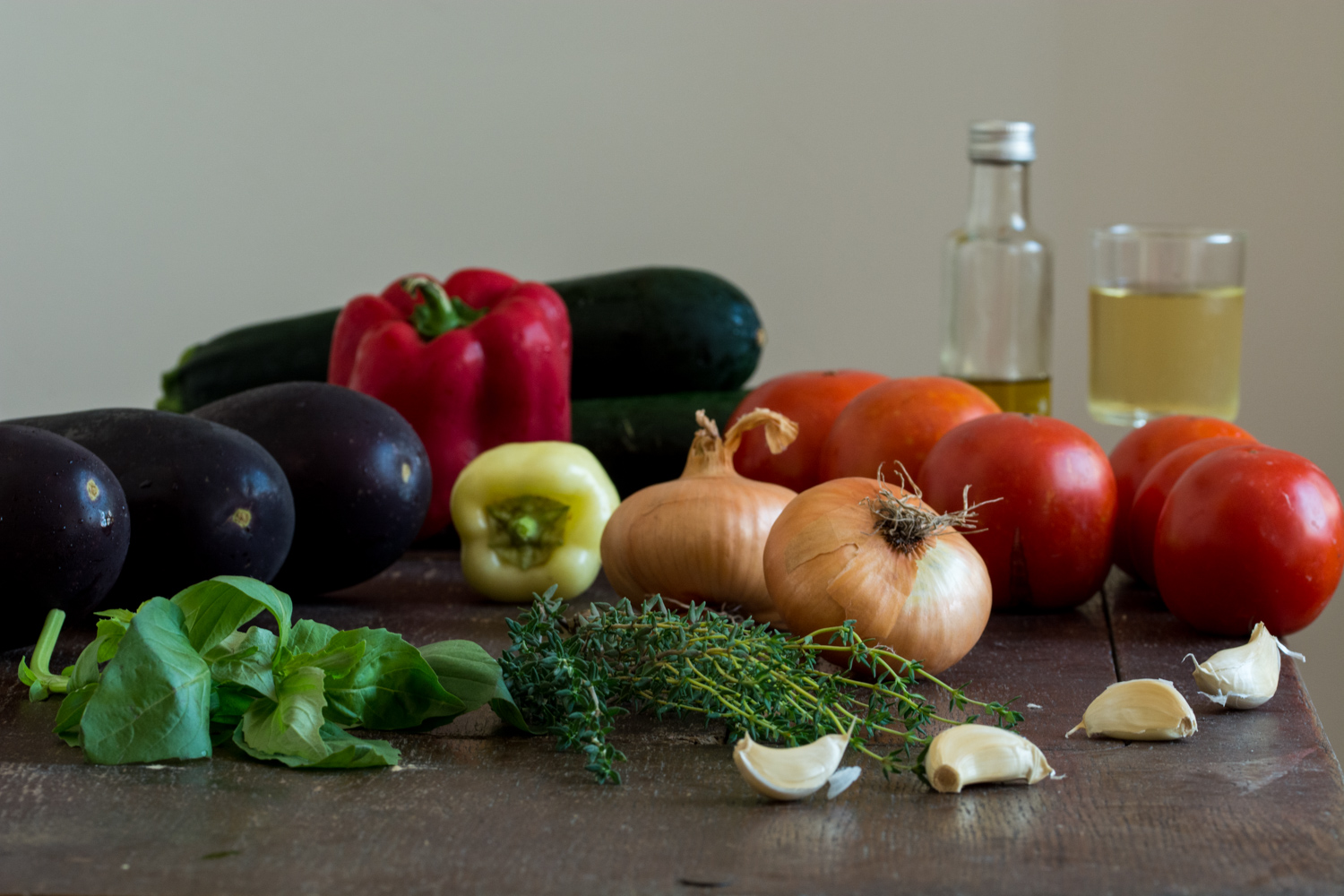 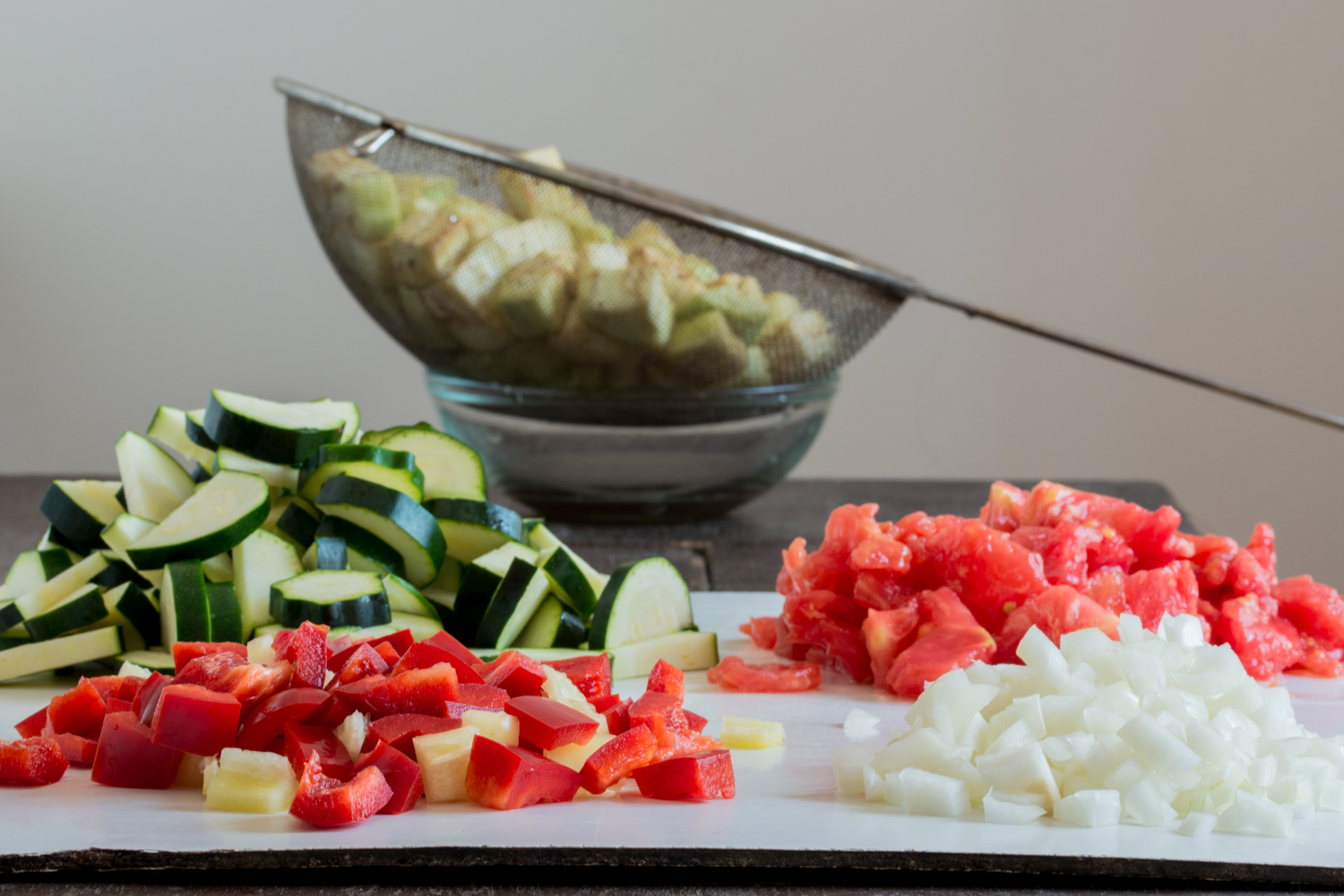 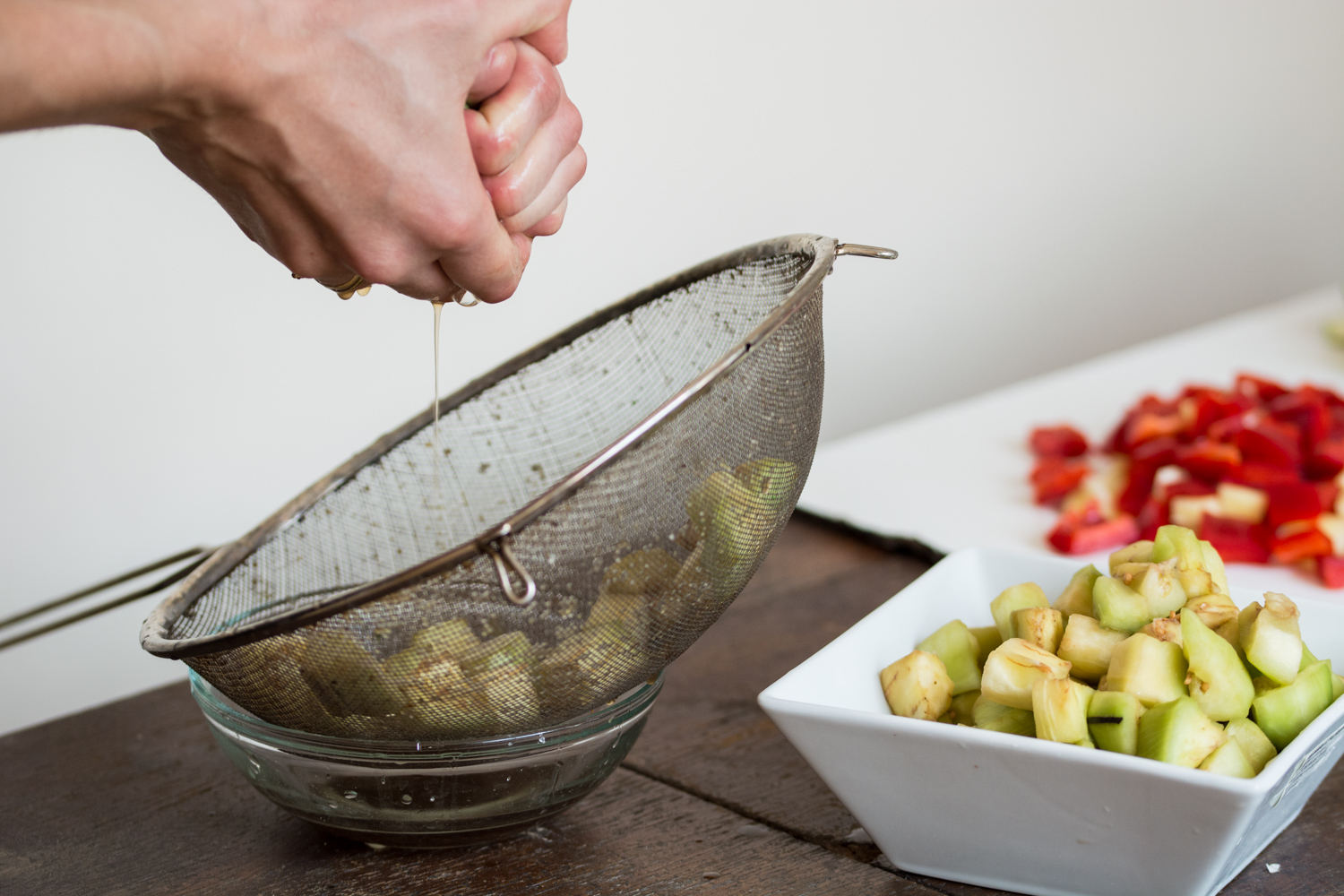 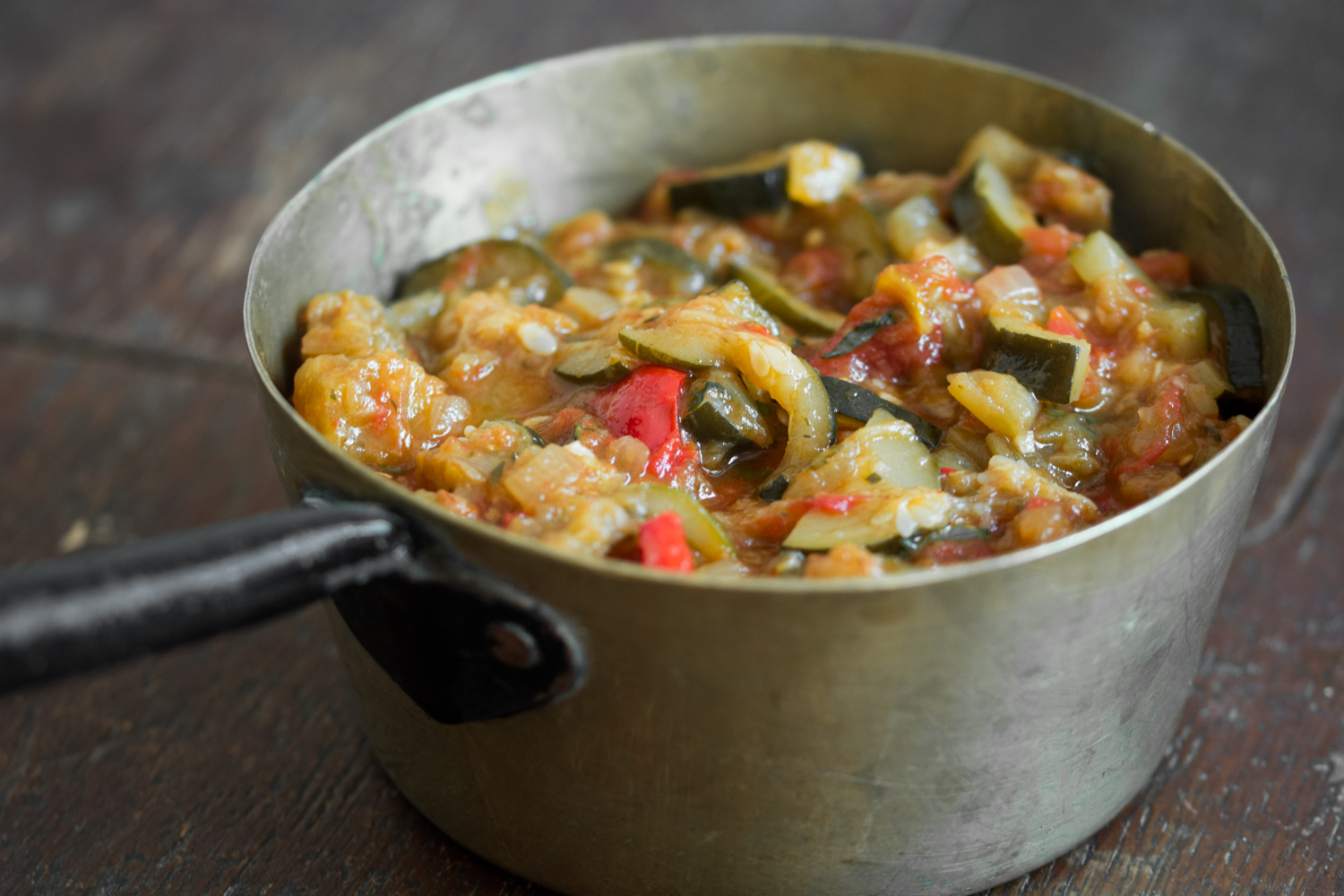