I can’t even begin to describe my passion for any kind of brioche. I simply adore them. I love the simple version, the chocolate one, the one with walnuts, or poppy seeds, or Turkish delight, or coconut meringue. Any kind, really. I’m not picky at all.  One of my favourite recipes is Babka, chocolate brioche with Polish origins. So I decided to make a vegan version and the result vas a fluffy golden brioche with a decadent chocolate-almond filling. A vegan brioche which is not only looks incredible but also tastes absolutely amazing.

Mix sugar with lukewarm milk and stir until combined. Add yeast and leave aside for 15 minutes.

In a large mixing bowl sift the flour together with the turmenic powder. Add the milk mixture, orange zest and vanilla. Mix with a wooden spoon until combined. Add the salt and continue mixing until you form a ball.

Turn the dough on to a floured working surface and knead adding one teaspoon of oil at a time. Knead for 15 minutes adding flour if necessary. Put dough back in the mixing bowl, cover with a towel and let it rise in a warm place for about 90 minutes.

Prepare the filling by melting the chocolate and the coconut oil in the microwave. Ass the sifted cocoa and powdered sugar. Mix until well combined.

Put dough on a floured working surface and knead for 2 minutes. Divide it into 2 smaller balls.

Take the first ball and toll it out with a rolling pin until you have a 1cm thick rectangle making sure it has the same length as the tray.

Brush the left border with almond milk. Begin rolling the loaf from right to left, making sure the left end sticks well. Take a sharp knife and divide the log into two halves. Take one end and begin twisting them. Place the loaf in a parchment paper- lined tray and proceed the same with the second brioche.

Cover them with a clean towel and leave the aside to rise for another 60 minutes. Bake them in the preheated oven at 180°C / 350°F (gas mark 4) for 25-30 minutes or until golden. Let them cool down on a wire rack for at least 2 hours until slicing. 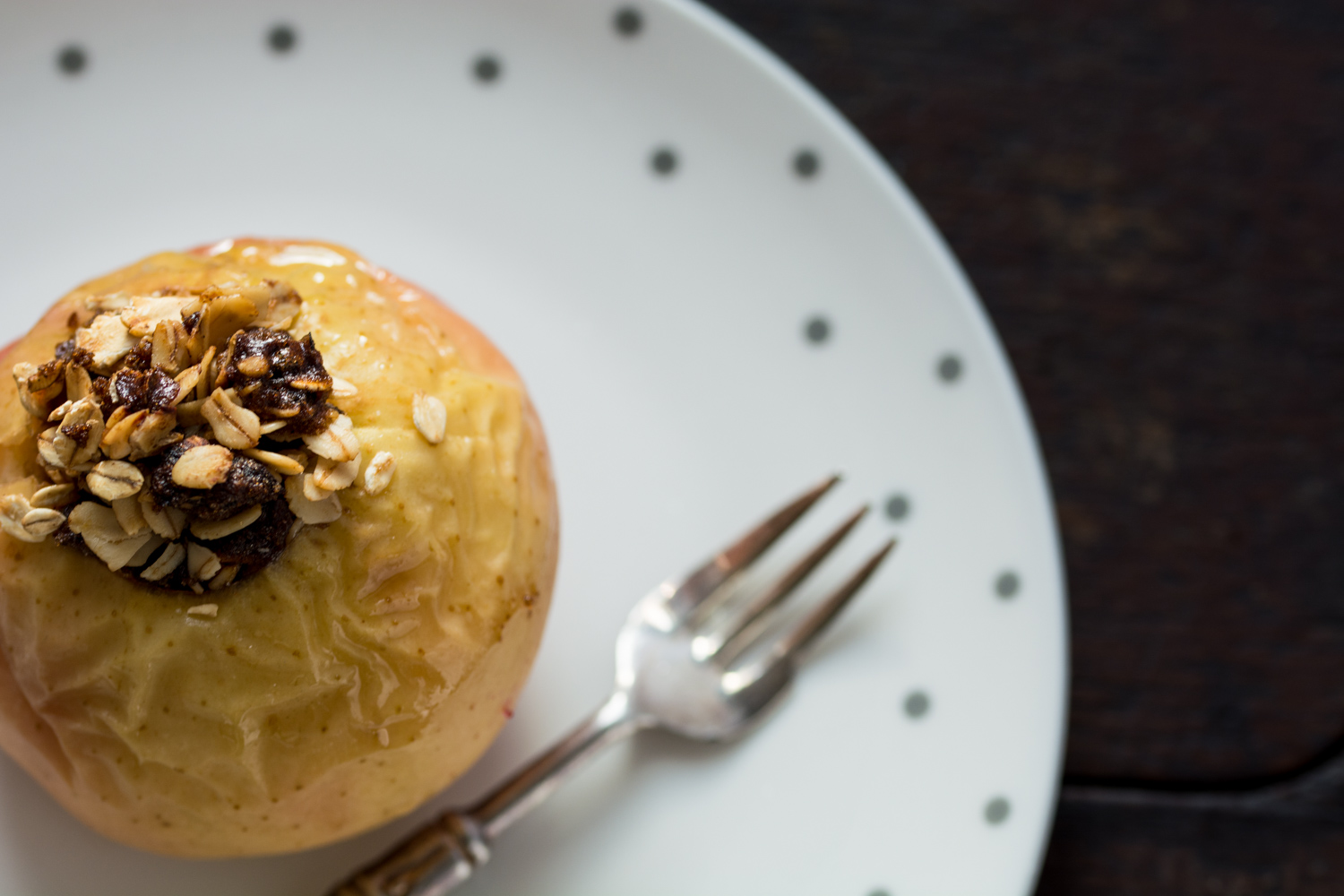 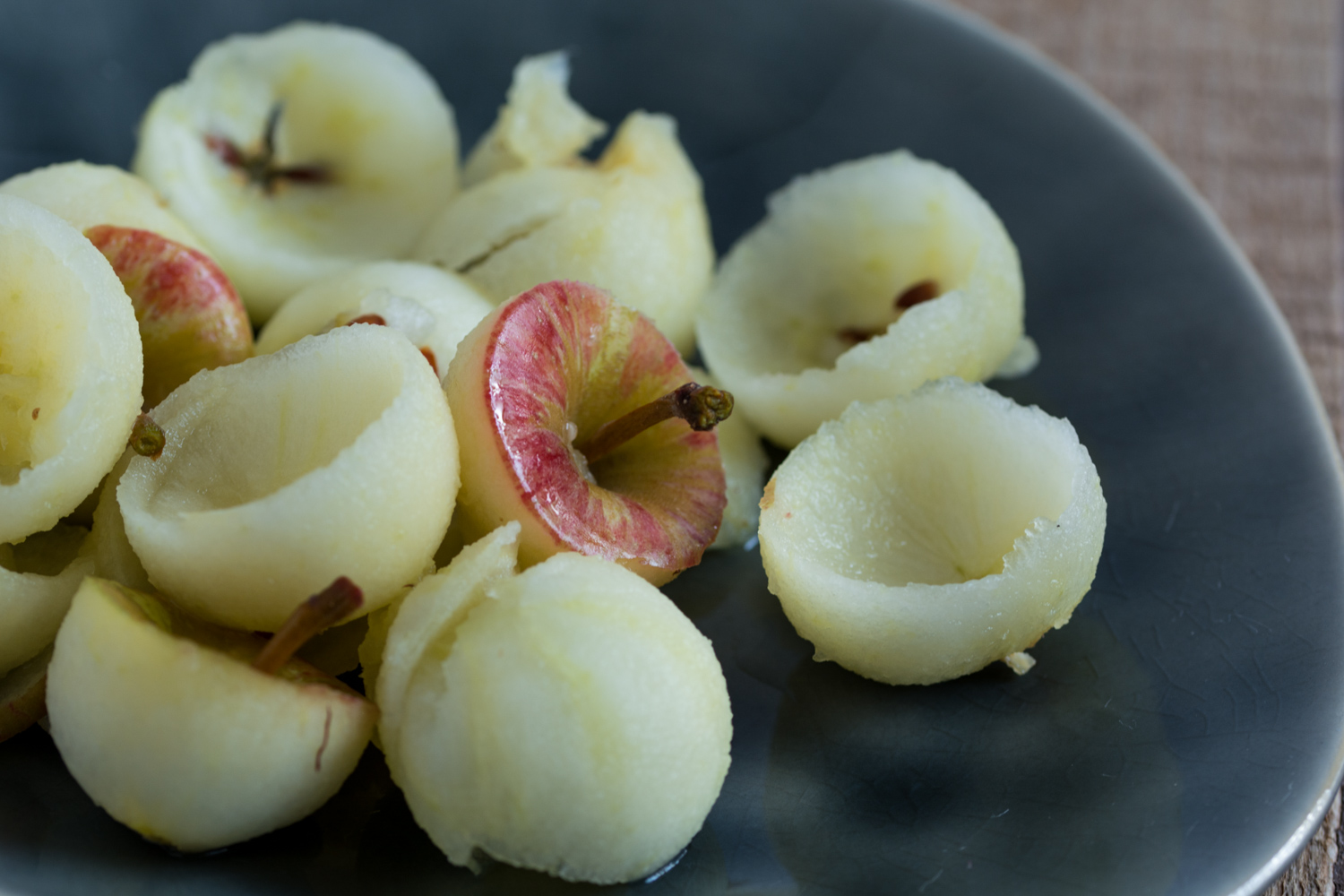 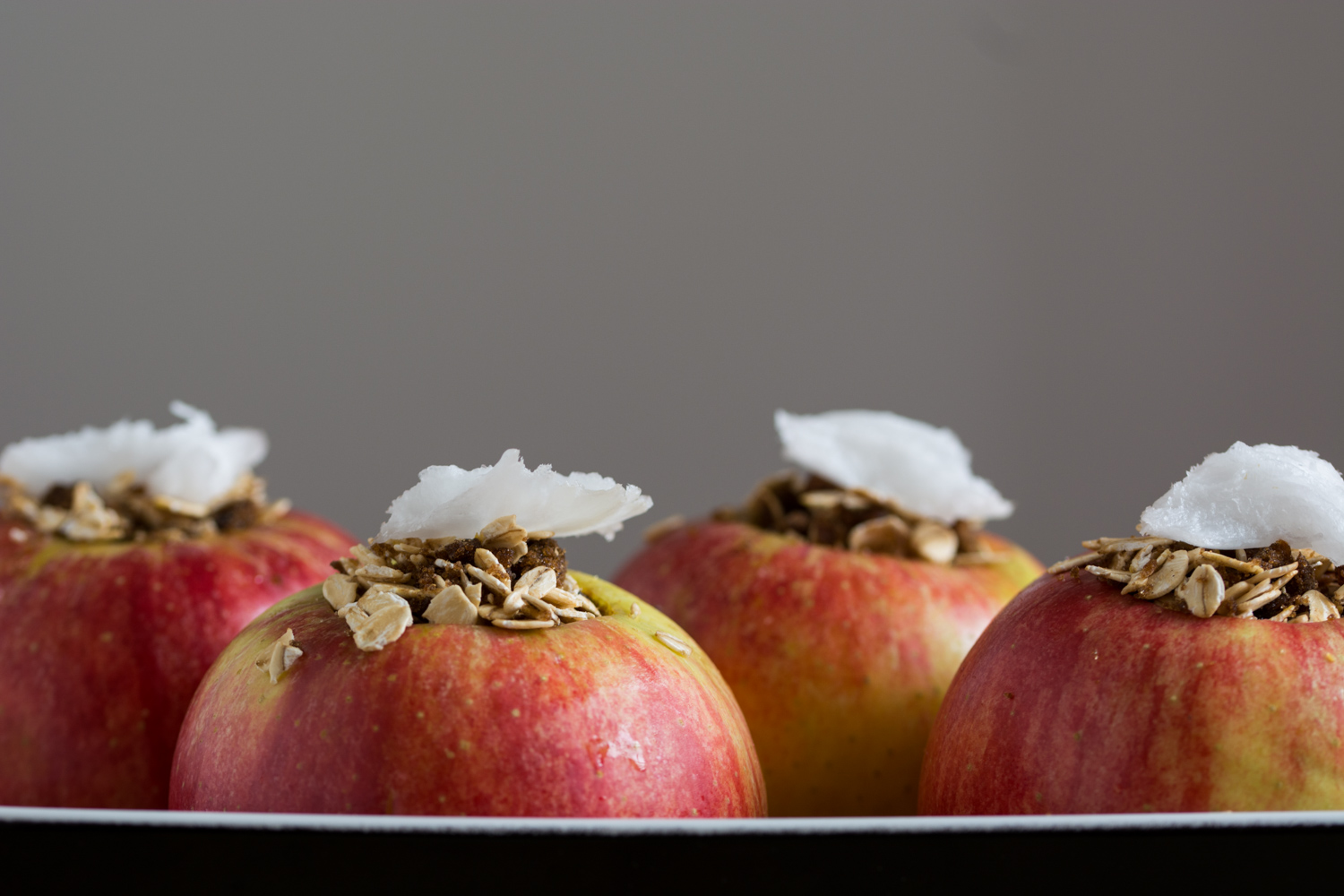 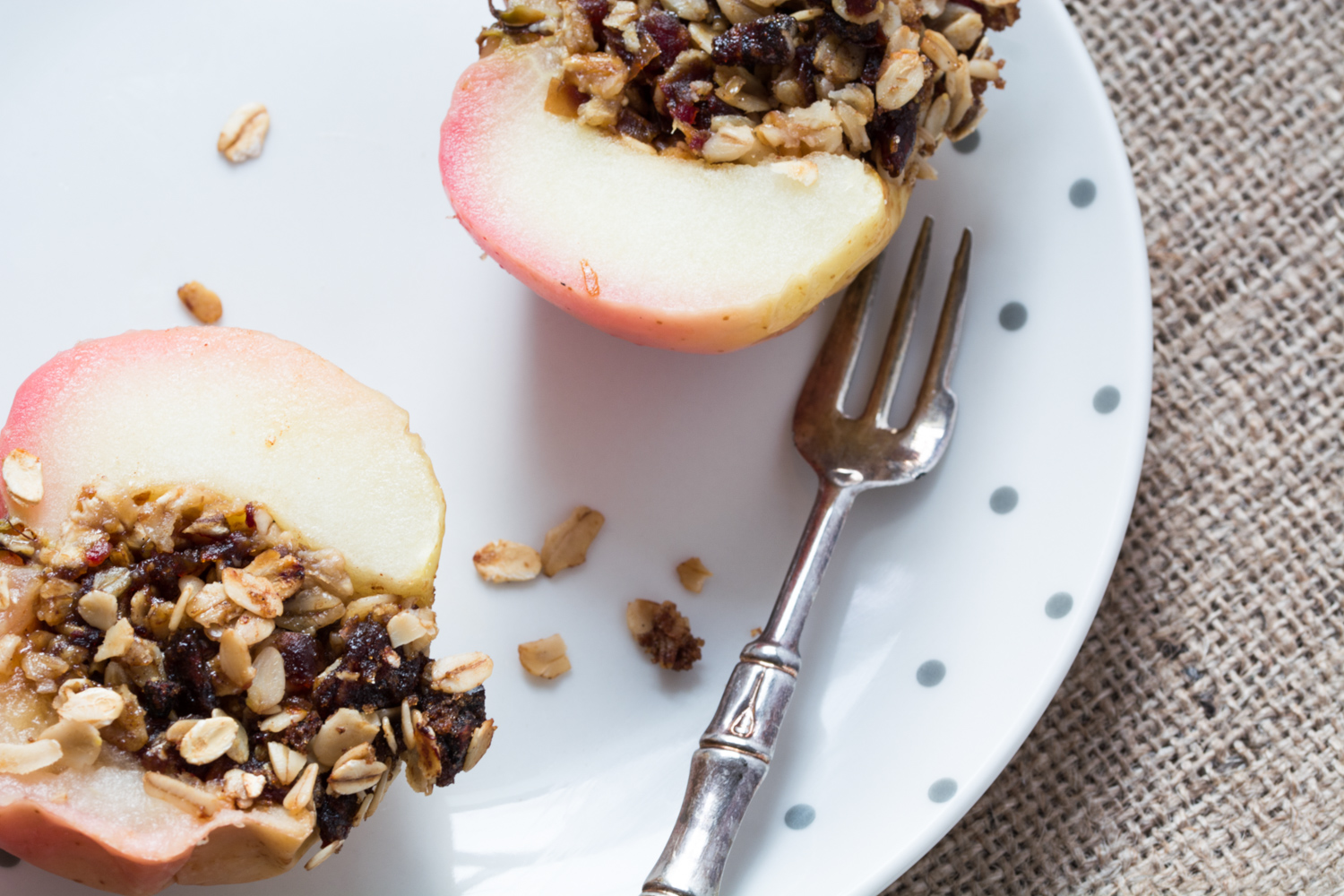 I love baked apples. They taste like those chilly nights of fall. Like the rustle of those wet leaves on your way home from school. Like the smell of the hoarfrost on an early October morning. They taste like childhood. Baked apples are exquisite in their own simplicity, they are the perfect balance of sweetness and acidity. I can’t imagine an easier dessert, maybe some Nutella spread on a slice of bread (if Nutella even qualifies as a desert).

I woke up this morning with baked apples on my mind, so I took some local sweet and sour apples, I carved them using a melon baller (this step could be easily made using a vegetable knife) and I stuffed them with a date, oatmeal and brown sugar mixture, flavored with cinnamon and vanilla. I dressed them up with a tiny piece of coconut oil (butter would have worked just fine) and I baked them for about half an hour. The result was a stunning vegan dessert, extremely flavorful and so tasty! END_OF_DOCUMENT_TOKEN_TO_BE_REPLACED 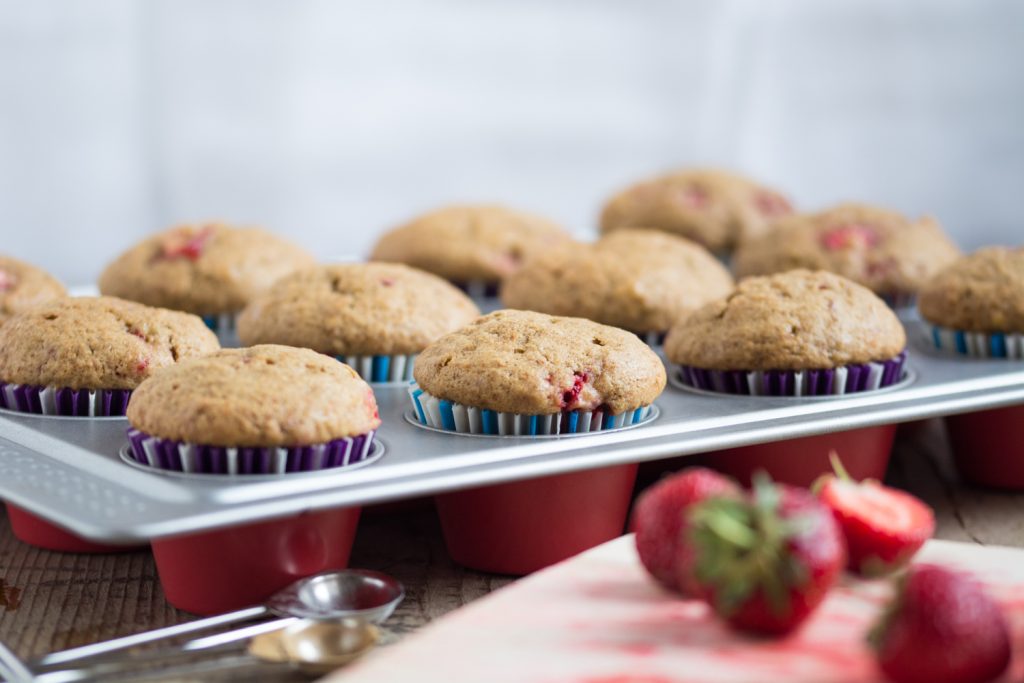 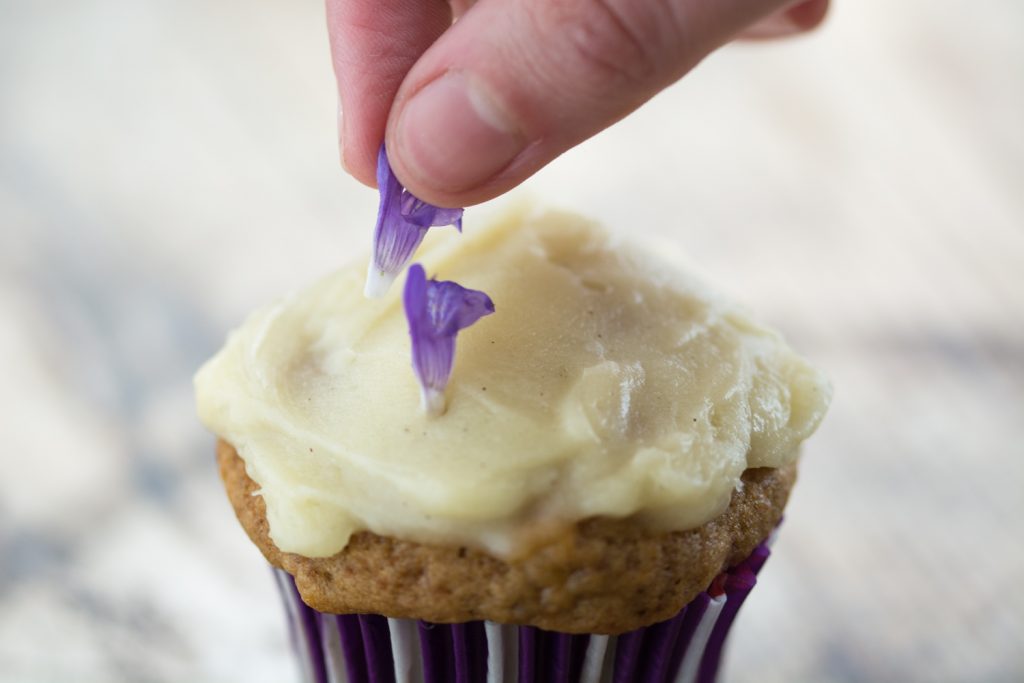 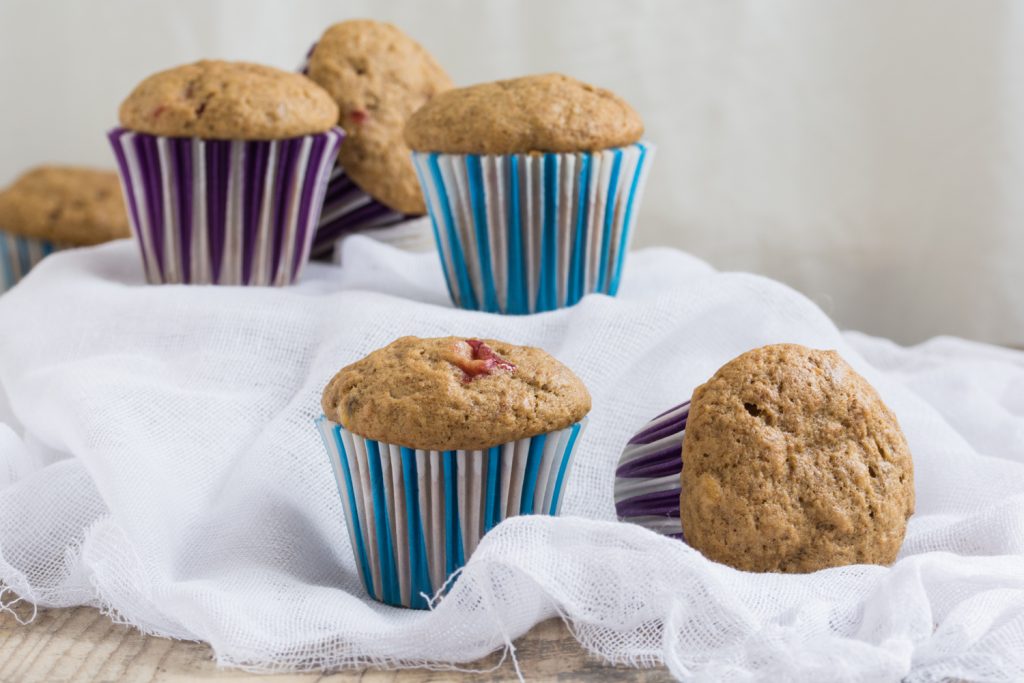 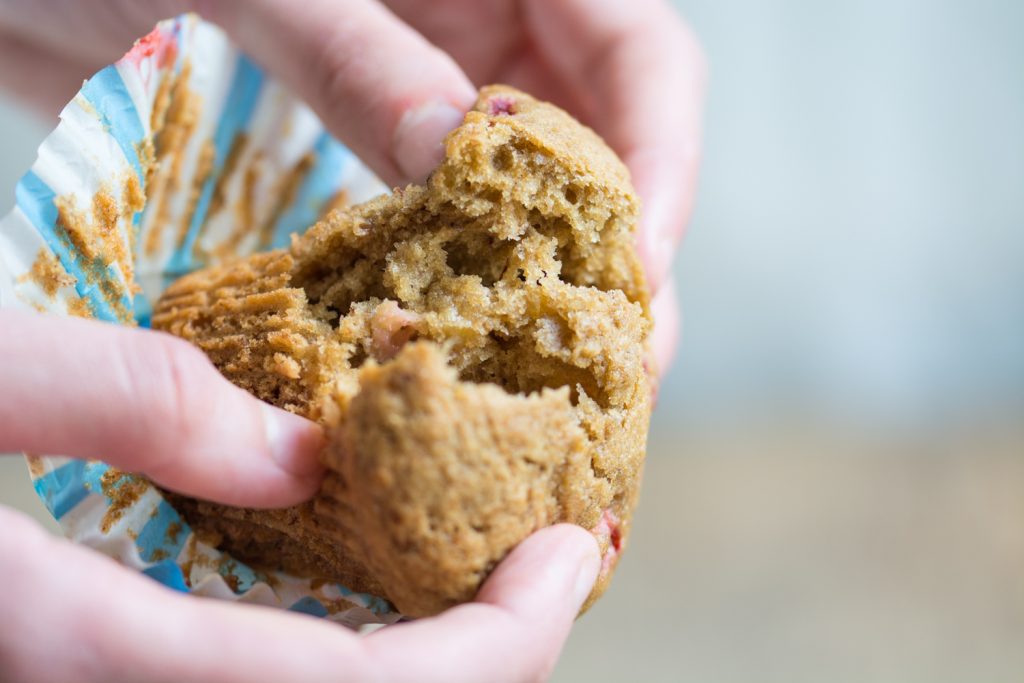 Today I present you strawberry-banana muffins with honey-vanilla frosting, the best muffins I’ve ever tasted. They are simply addictive. If they sound complicated, I tell you that they are possibly the simplest dessert you’ll ever make. If they sound exquisite, you’re perfectly right. They are so tender and fragrant and they are perfect for breakfast or brunch. In case you want to dress them up a little bit, I strongly suggest you to frost them with this decadent yet healthy honey and vanilla cream.

Since I caught your attention I’ll proceed further and I’ll confess that this is a dairy-free dessert. Both the muffin and the frosting are dairy-free. The muffins contain flour, Demerara sugar, eggs, bananas, strawberries and olive oil, while the frosting is made from coconut oil, honey and vanilla extract. As simple as that. END_OF_DOCUMENT_TOKEN_TO_BE_REPLACED 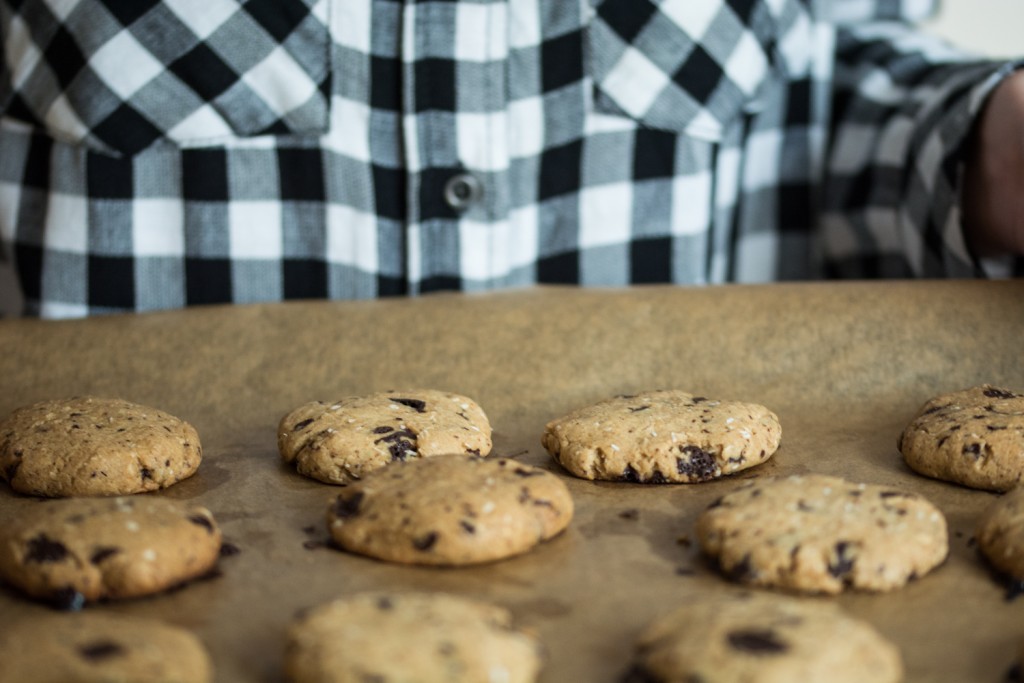 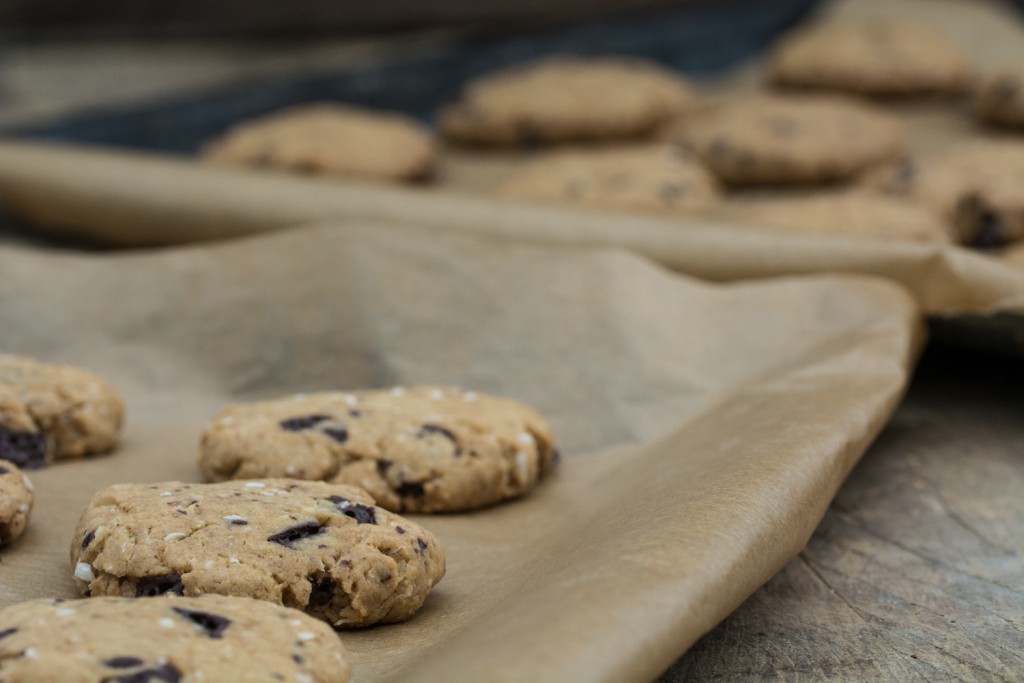 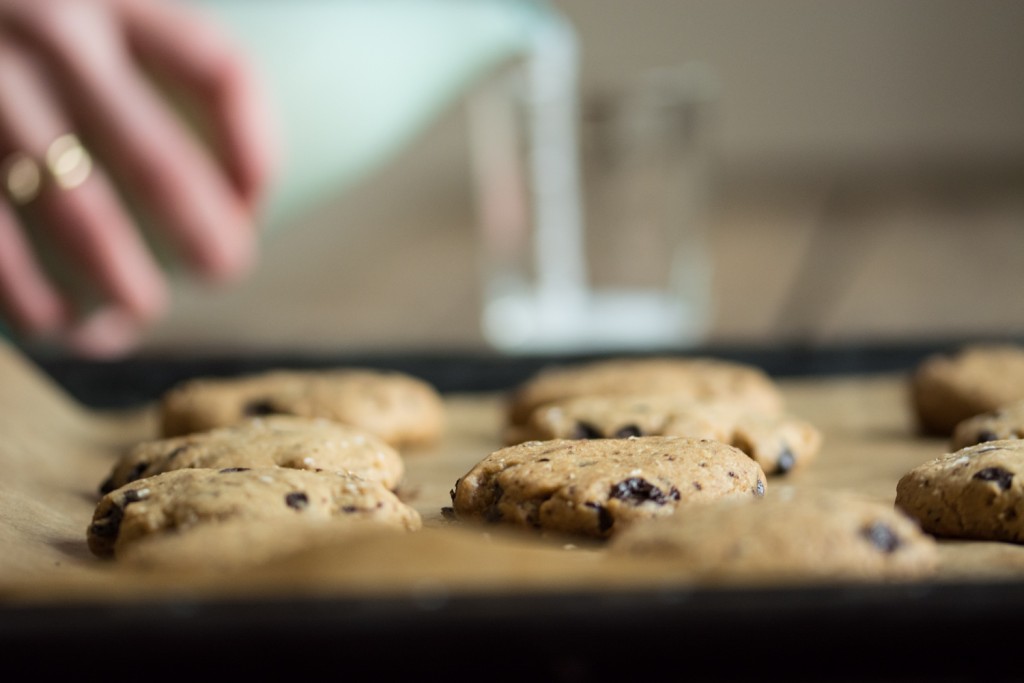 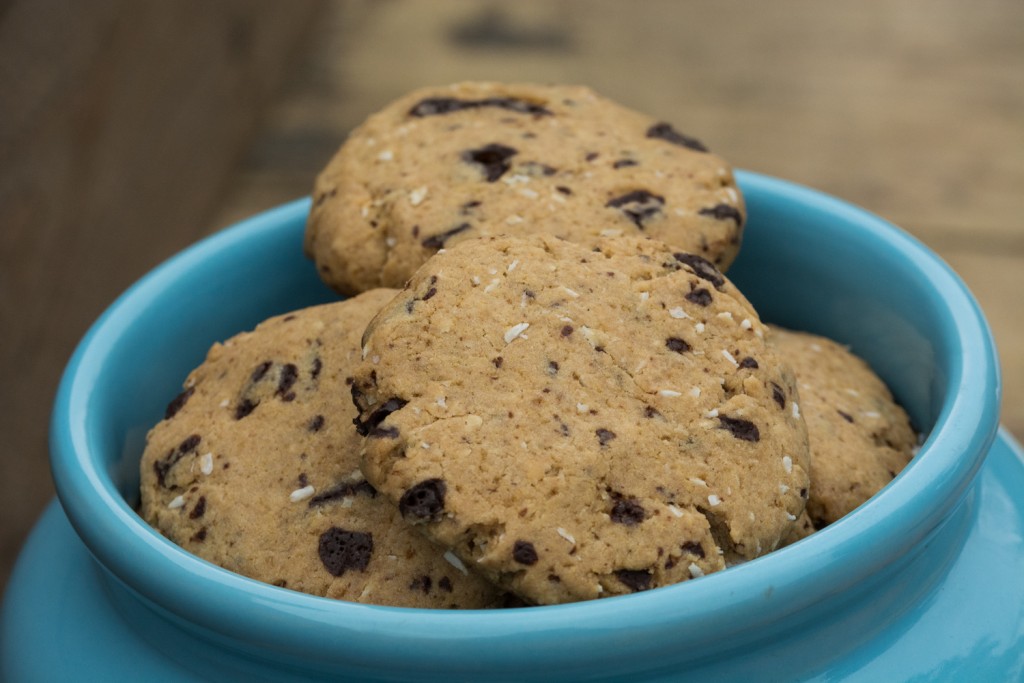 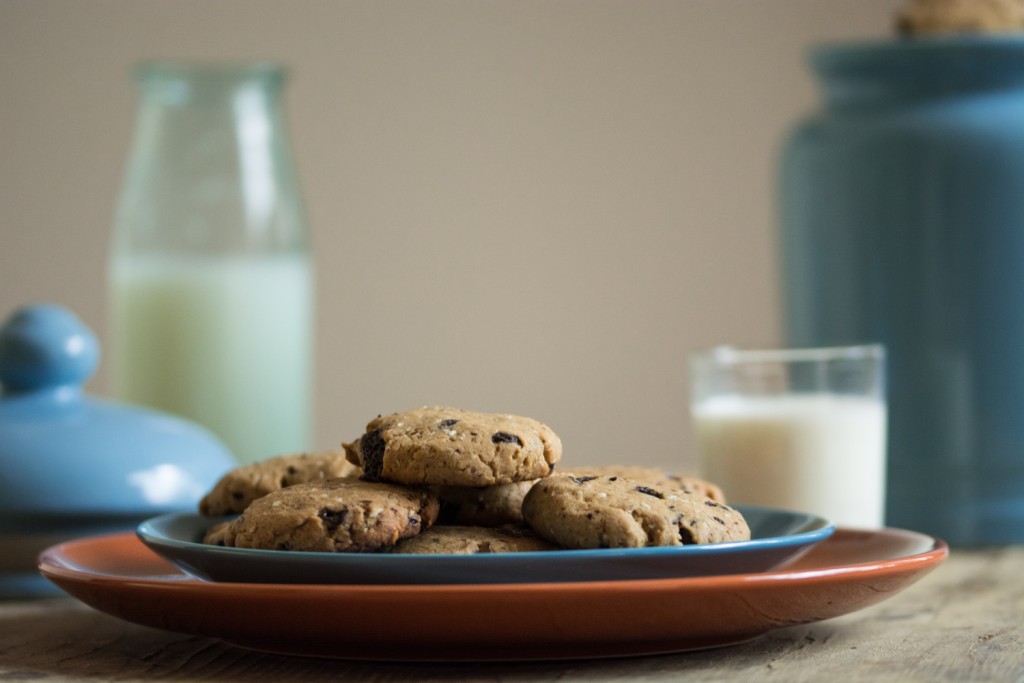 Cookies are always a great idea! Always! Personally, I could stuff my face with cookies on breakfast, lunch or dinner. And again, who wouldn’t? Because I love cookies so much, I’ve been searching for the perfect recipe for years. Last year I stopped searching and since then I’ve been baking these amazing cookies at least twice a month. I think that’s a good sign! END_OF_DOCUMENT_TOKEN_TO_BE_REPLACED